The Joint Admission and Matriculation Board, JAMB has delisted some CBT centres for various reasons during the 2021 UTME/DE registration.

This was contained in it’s weekly bulletin released on Monday.

According to the board, some of the centres were delisted because of offenses committed during the registration process while others were delisted after the mock exam for poor performance .

Below are centres delisted after the registration and mock exa 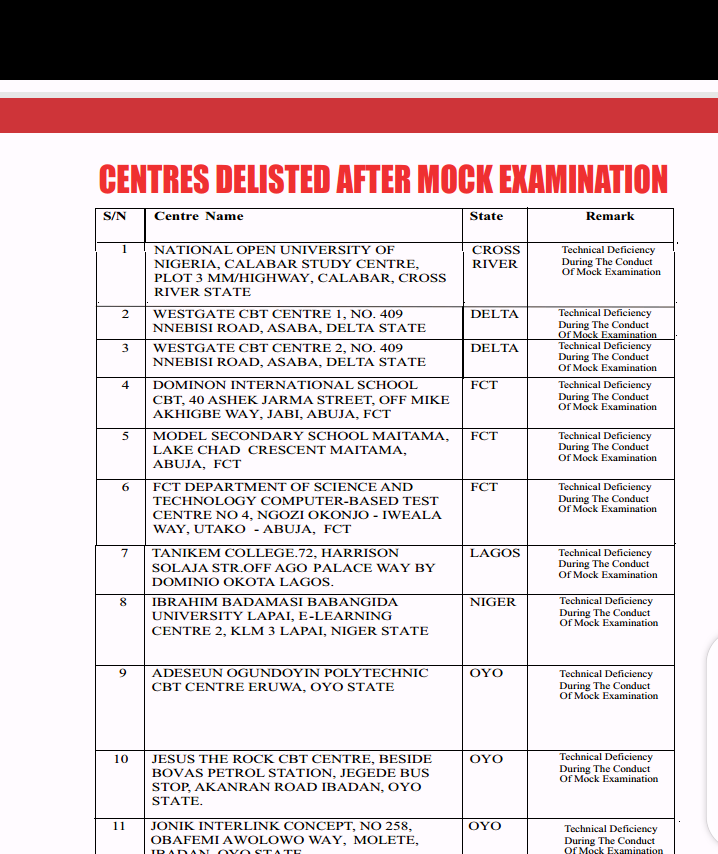 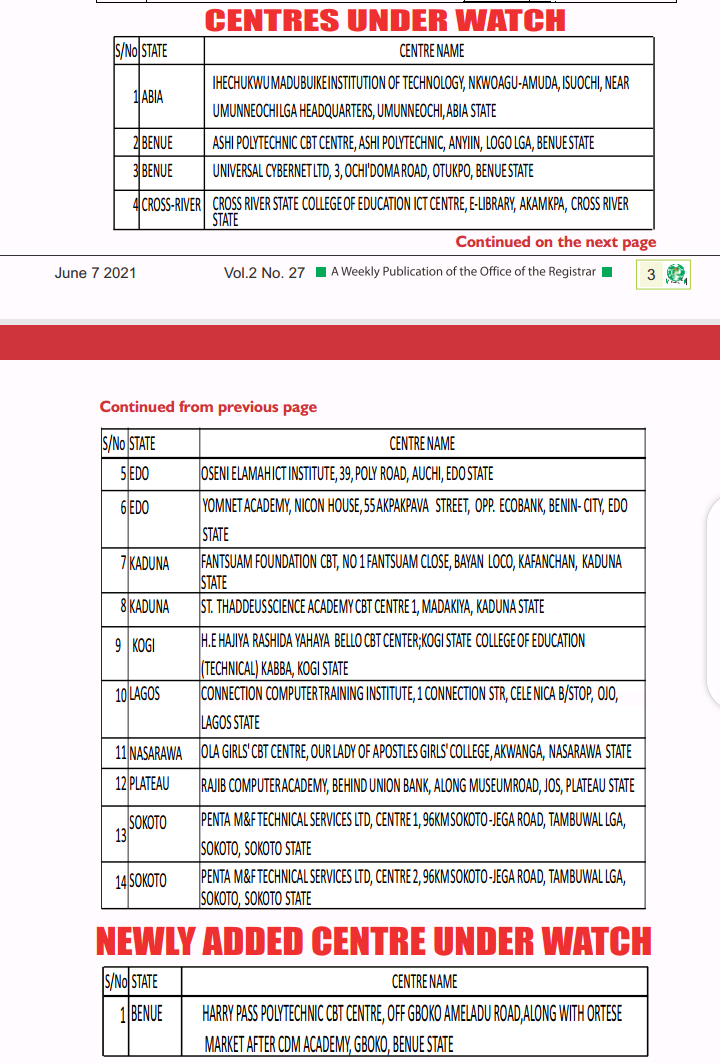 As you may know, JAMB during the accreditation of centres across the country warned that centres that fail to keep up with its guidelines and standards will be sanctioned.

This is coming just few days to the UTME which is to start nation wide in the month of June.

List of Nigerian Private Universities That Give Admission Without JAMB 2021

We will not extend registration for 2021 SSCE internal candidates – NECO