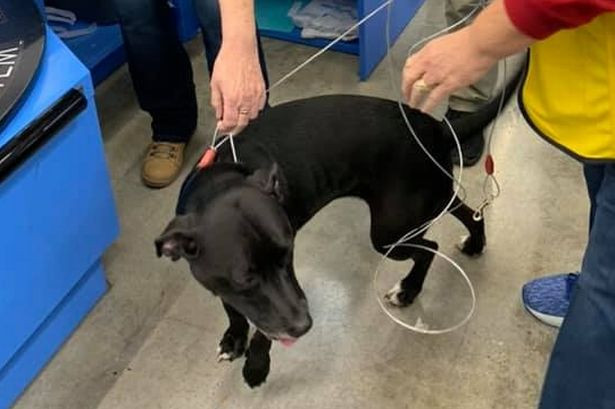 A four year old loyal dog who had been missing for nearly three weeks was found after it walked into the supermarket where her owner worked, despite never being there before.

The dog, a lab-pitbull mixed breed, owned by June Rountree was missing for 20 days after she broke free of her collar and escaped from the house where she was chained.

Mrs Rountree and her husband checked through their local neighbourhood every night looking for her but to no avail.

According to Rountree, she had even started to lose hope that she’d ever see her dog again as she’d been missing for so long.

But on November 28, while she was sat at her cash register at the Walmart in Dothan, Alabama, US  she heard a noise, looked up and saw a dog inside the store. 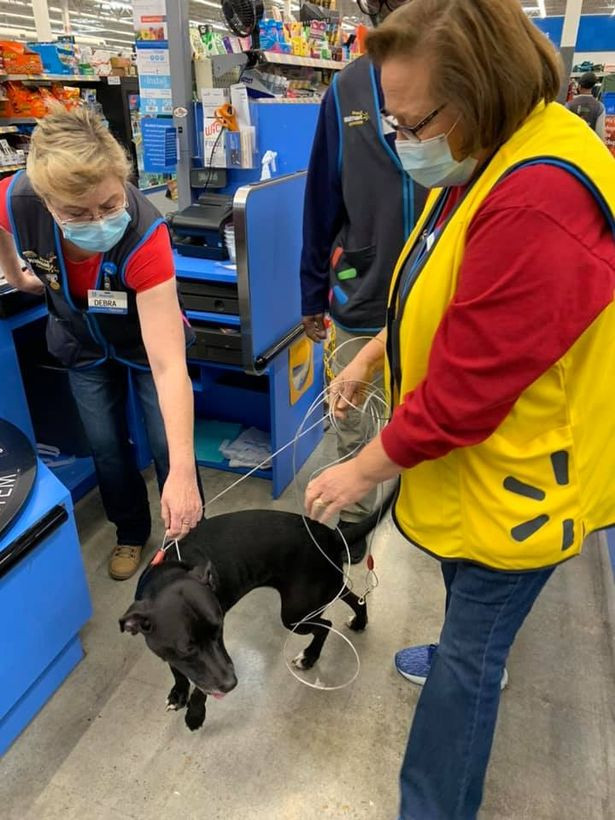 Customer Service representative, Danielle Robinette spotted the dog and said it had been looking at people “like she was looking for someone”.

“I said, ‘It can’t be,’ ” Mrs Rountree told the Washington Post. 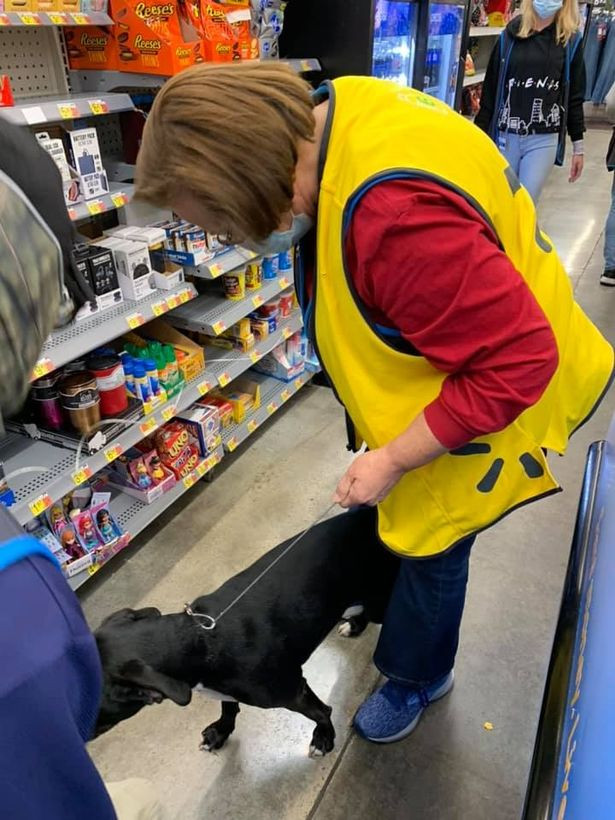 “I called her name and she came to me.

“I bent over and hugged her. I completely lost it then. I couldn’t speak. I was in complete shock and just couldn’t believe it.”

Rountree has worked at the supermarket, about 1.5 miles from their home and across two heavily-traveled roads, for 10 years and says she had walked Abby nearby but that she’d never been in the store.

Ms Robinette shared photos of the sweet reunion on Facebook and her post has so far been liked more than 7,200 times and shared more than 11,000 times.