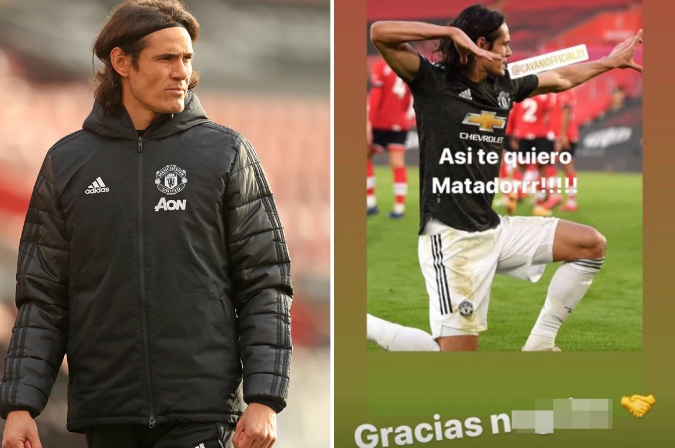 Manchester United striker, Edinson Cavani could be hit with a possible three-match ban for a ‘racist’ celebratory post-game comment

FA disciplinary committee has launched a probe into the Instagram message after the Uruguayan scored twice to help Manchester United to a 3-2 comeback win against Southampton.

A fan posted ‘Asi te queiro Matador’ in Spanish, which translates to: “I love you, Matador!”

Cavani replied on his Instagram story: “Gracias Negrito!”, a Spanish term which translates as ‘black’. 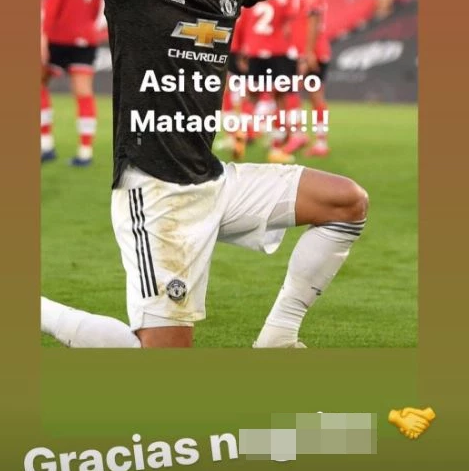 The striker, 33, later deleted the image from his Instagram story after he was notified as such terms are perceived very differently in the UK.

The incident is likely going to bring at least an FA charge and warning as well as and a suspension of a ‘minimum’ three matches.

The Football Association issued guidelines ahead of this season clamping down on racist and discriminatory language and behaviour, with offences on social media carrying a minimum three-game ban.

Under the new guidelines, the FA must act where ‘discriminatory’ language has been used.

The FA rules, sent out to all clubs and players – via the PFA – state: “Where an offence is in writing only or via any communication device the absolute minimum match-based sanction in such cases will be three games.”