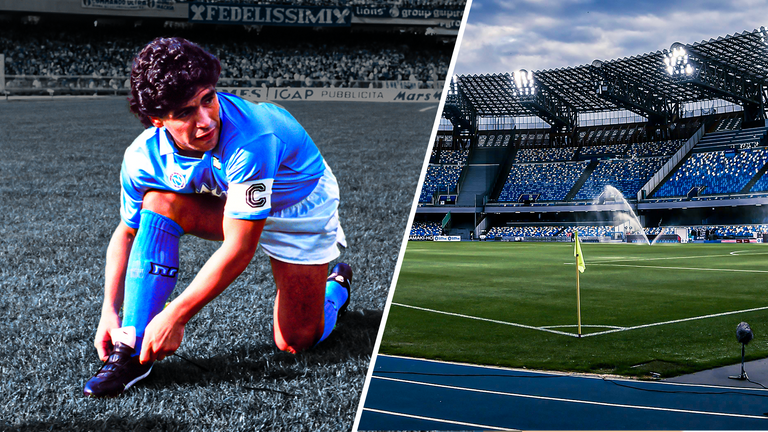 Napoli are set to rename the San Paolo stadium after the late Diego Maradona.

The Argentina football legend, who was the manager of Argentinian club side Gimnasia passed away aged 60 on Wednesday, November 25th, after suffering a cardiac arrest in his home country.

An autopsy report said he died in his sleep after suffering heart failure, only two weeks after leaving the hospital following surgery to remove a blood clot on his brain.

Medics also detected dilated cardiomyopathy, a medical condition in which the heart muscle becomes weakened and enlarged and cannot pump enough blood to the rest of the body.

Maradona, regarded as one of the greatest footballers of all time, was the inspiration for Argentina’s World Cup success in Mexico in 1986, winning the Golden Ball as the tournament’s best player.

He also led the country to the final of the 1990 tournament in Italy although his international playing career ended in shame when he failed a drug test at the 1994 World Cup in the United States.

He played club football for Boca Juniors, Napoli, and Barcelona among others, and was adored by millions of fans for his football talent.

Speaking with French sports channel RMC Sport on Thursday, November 26, Napoli president Aurelio De Laurentiis said: “We can consider the idea of calling our stadium San Paolo-Diego Armando Maradona’ after the Argentine legend, who scored 115 times in 259 appearances for the club.

“We are already putting it together this morning, taking the first steps to dedicate Naples stadium to Maradona,” De Magistris said.

“Its a process but it will be a quick process, because when there is such a strong desire there’s nothing that will hold us up.”

The Mayor added: “We’re hoping to make it coincide with the resumption of games with fans.”