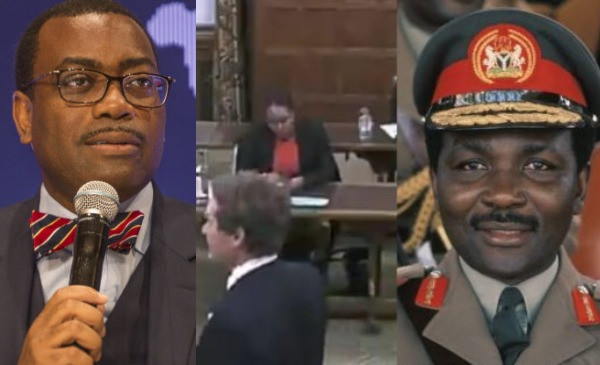 President of the African Development Bank Group, Akinwunmi Adesina has reacted to the controversy that trailed allegation of former Head of State, Yakubu Gowon leaving with half of Central Bank.

British lawmaker, Tom Tungendhat said this while advocating for sanctions against Nigerian officials who flee to the UK with the country’s loot, during a debate on sanctions againt the Nigerian government for alleged human right violations during the #EndSARS protest.

Reacting to this, Adesina urged everyone to be careful of misinformation. He stated that Gowon’s ”honesty and integrity” are impeccable and further described him as a ”great and admirable elder statesman. ”

Be careful of misinformation! H.E. General Yakubu Gowon, Nigeria’s former Head of State, is a man of great honour, decency, honesty, amazing simplicity, humility and integrity. I know him. A great and admirable elder statesman of Nigeria. His honesty and integrity are impeccable. 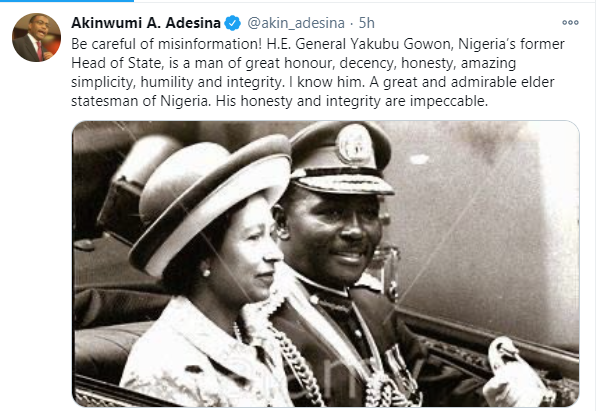