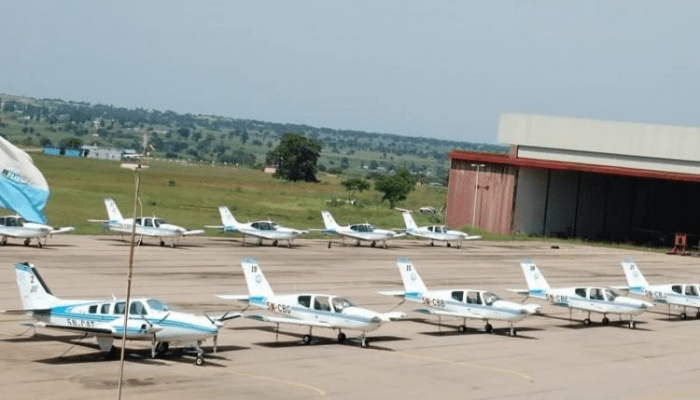 In recent weeks, more airlines have increased frequencies into routes that were being plied by one or few airlines. In addition to this, Dana Air’s flight resumption has seen airlines gradually slash their prices to routes operated by Dana Air.

The commencement of operations by ValueJet, a new start-up airline, has put a downward pressure on fares.

Last week, Air Peace announced plans to resume flight operations to Uyo, with a base fare of N50,000. Ibom Air, which charged an average of N80,000 for one-way tickets from Lagos to Uyo, also slashed their fares to N55,000.

While tickets for the festive period remain high, passengers are buying tickets at cheaper rates when compared to what was sold some weeks ago.

“We have seen airlines slash prices on routes like Uyo, Abuja, Owerri and Port Harcourt. Even though these slash may not be so much, it’s interesting to see that the market forces of demand and supply are playing a huge role in price slashes,” Gina Chika, a travel agent, said.

Chika said she was surprised to see airlines bring down their prices all of a sudden after the resumption of Dana Air and the increase in other airlines’ frequencies.

She said before Christmas, airlines may still reduce their fares as Aero may be resuming operations in a few weeks and more airlines plan to bring back their aircraft from maintenance for the festive season.

Alexander Nwuba, managing director of Smile Air Ghana and former MD of Associated Airlines and WestAir Benin, said the reduction of fares on domestic routes is simply driven by competition.

Arik Air resumed daily flights from Lagos and Abuja to Owerri, the Imo state capital, from November 28, 2022. The airline also resumed four weekly flights from Abuja to Kano that day.

The airline also announced the reintroduction of the Port Harcourt Garden City Express, which serves customers from Lagos directly to the Nigerian Air Force Base in the heart of Port Harcourt, Rivers State capital.

Air Peace, on Saturday, received two new Airbus 320 aircraft to support its operations. With the new aircraft, the airline has increased its Airbus fleet to 10.

Stanley Olisa, the spokesperson for the airline, said the two new Airbus aircraft, which arrived at the Murtala Muhammed International Airport, on November 25, will help boost domestic and regional operations, especially as the festive period draws near.

The airline recently announced the addition of daily morning frequencies to its Benin route.

Dana Air has also announced the resumption of its Abuja to Owerri, Enugu service from December 9, 2022.

Green Africa recently announced a 10 percent discount on all fares on all routes in its network. Tagged ‘Green Friday’, the 10 percent promo is on all flight tickets and will last from November 21 to December 10, 2022, and in the new year, from January 20 to February 28, 2023.

Arik Air launched Black Friday ticket sales promotion to enable passengers to get about 15 percent discount on all tickets booked from November 16 to 25, 2022. However, passengers can only use the booked tickets to travel between November 25 and December 2, 2022.