Home GOSSIP “How I knew that most women are seeing shege in the name...

A Twitter user identified as Omowo, has revealed that most married women are going through hell in their marriage. 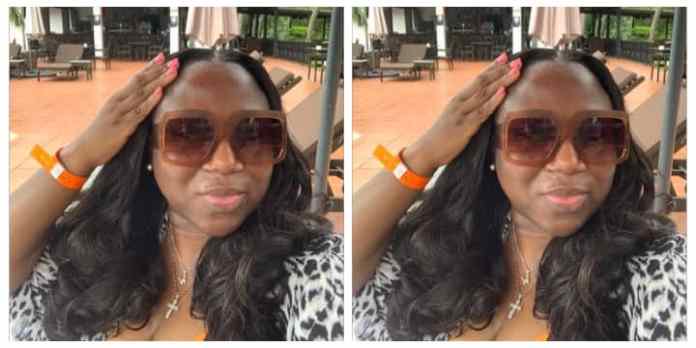 The woman who is an event planner stated that a colleague who is in the same line of business with her, advised her to do all the events she can before she gets married.

This is because when she eventually gets married there are days her husband may not allow her step out of the house.

Sh was shocked at her words and she thus concluded that most married women are going through hell in their marriage.

“I can never forget someone in my industry telling me to do all the events I can now because when I get married there will be days my husband will tell me I can’t go for an event.I asked why,maybe we had plans or something,She said he can just wake up and decide he didn’t want me to leave the house that day.I was like Awww to spend time with him abi😍 she said no,he will go out but you can’t go anywhere.
That was when I knew that most women are seeing shege in the name of marriage.I’ve been looking at her with pity since then💔”. 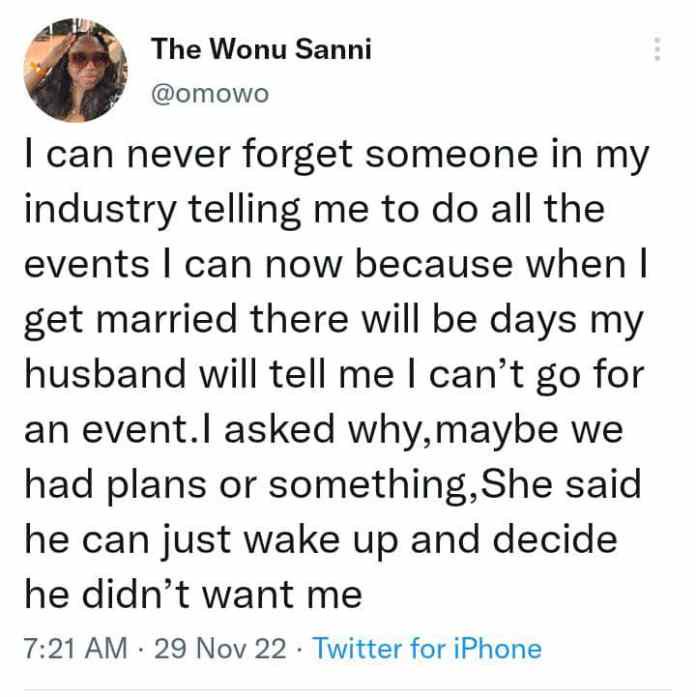 “Wear cloth, you say No” – Netizens react as Korra Obidi pulls weird stunt, reveals ‘way too much’ in new video

Teacher shares love note she seized from a student