Home SPORTS ENG 3-0 WAL: Why Some Fans Are Praising Ten Hag After England’s...

England beat Wales by 3-0 to top Group B in the World Cup. Goals from Marcus Rashford and Phil Foden were enough to seal the win for Gareth Southgate’s side. 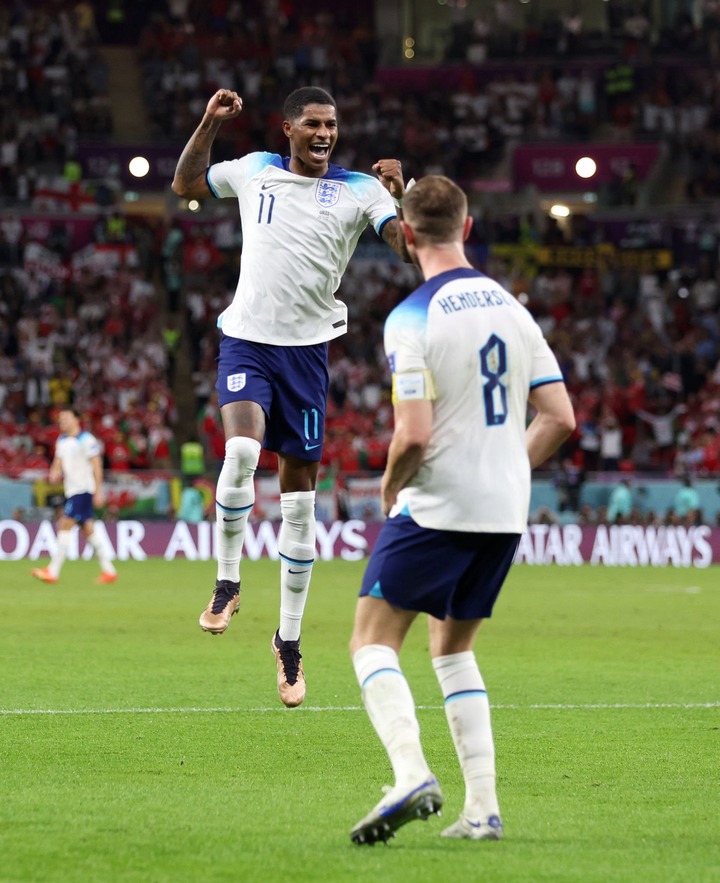 However, the win also means England avoided The Netherlands in the next round. Well, fans have been praising Marcus Rashford and Phil Foden’s display, but this article will center on why Manchester United fans are praising Ten Hag after England’s win. Take a look! 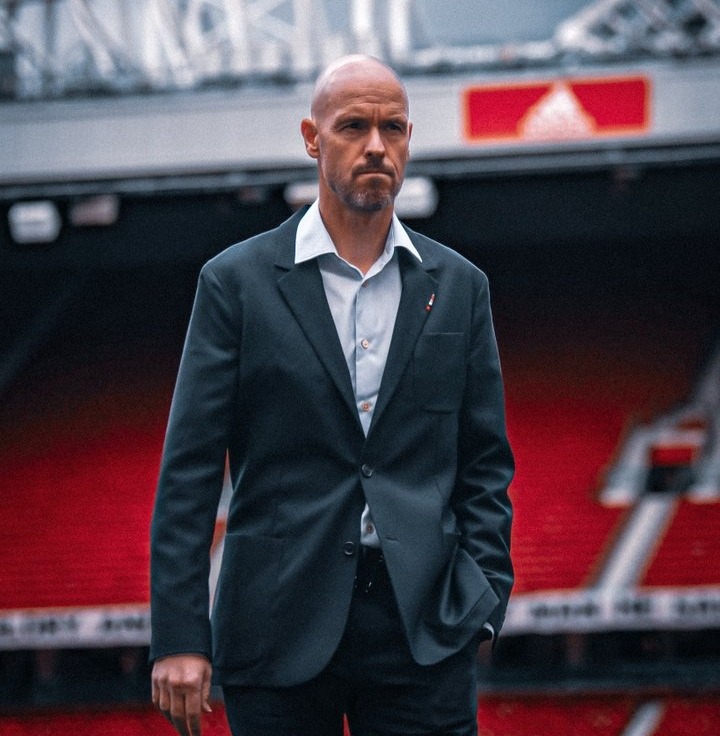 1. Many Fans Have Linked The Performances Of Manchester United Players At The World Cup To Ten Hag. 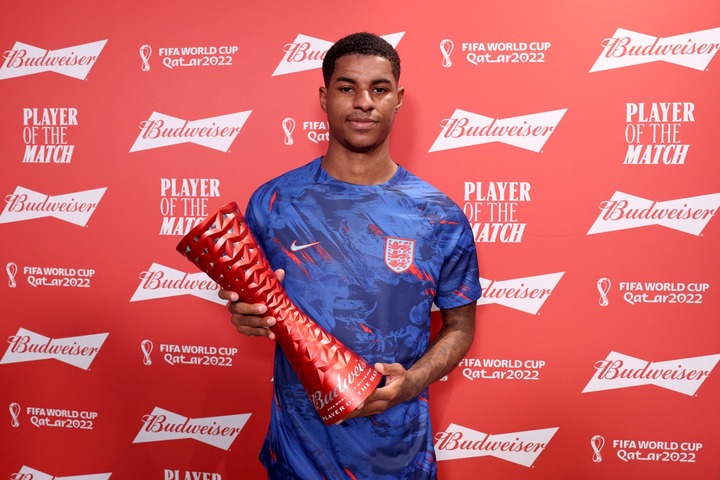 Note that Manchester United players have been very impressive at the ongoing World Cup, which was unexpected. For this reason, Ten Hag has been receiving praise for the impact he has had on the Manchester United players. Note that Bruno Fernandes is arguably the best midfielder so far in the World Cup after scripting two goals and registering two assists. Also, Marcus Rashford is currently the joint top scorer with three goals. Similarly, Luke Shaw, Harry Maguire, Casemiro, and Lisandro Martinez have been solid too. 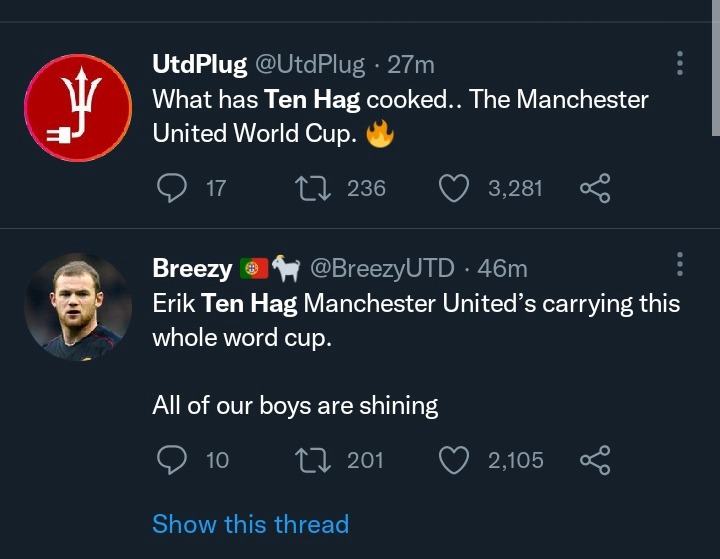 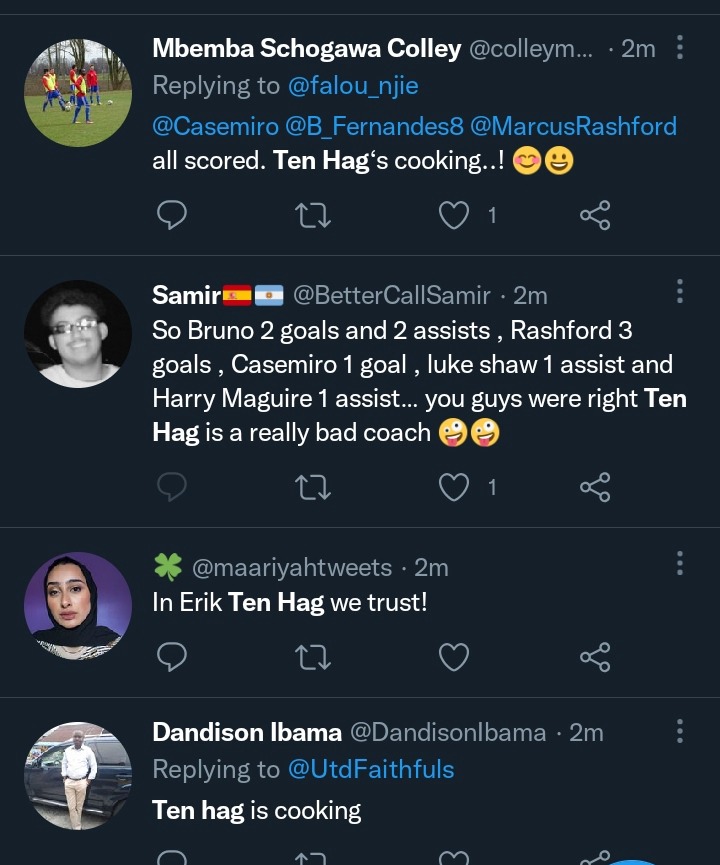 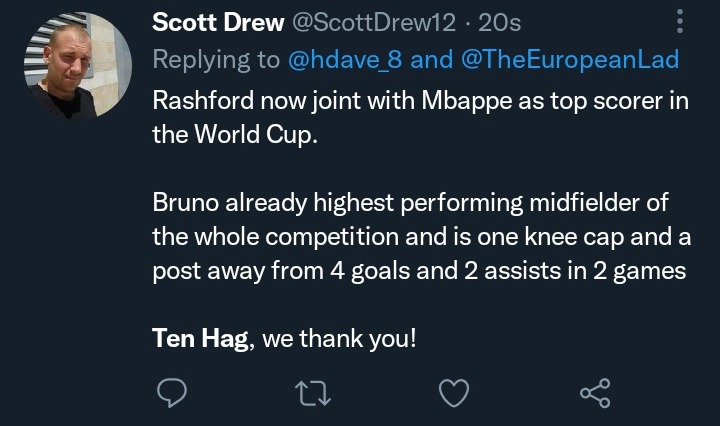 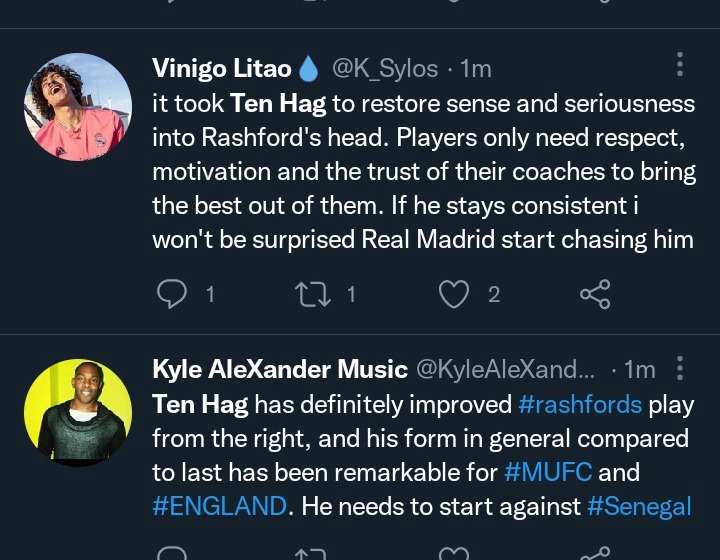