Chelsea welcomed AC Milan to the Stamford Bridge, with the hope of securing their first win in the competition after settling for a point against Salzburg in their previous Champions league fixture. 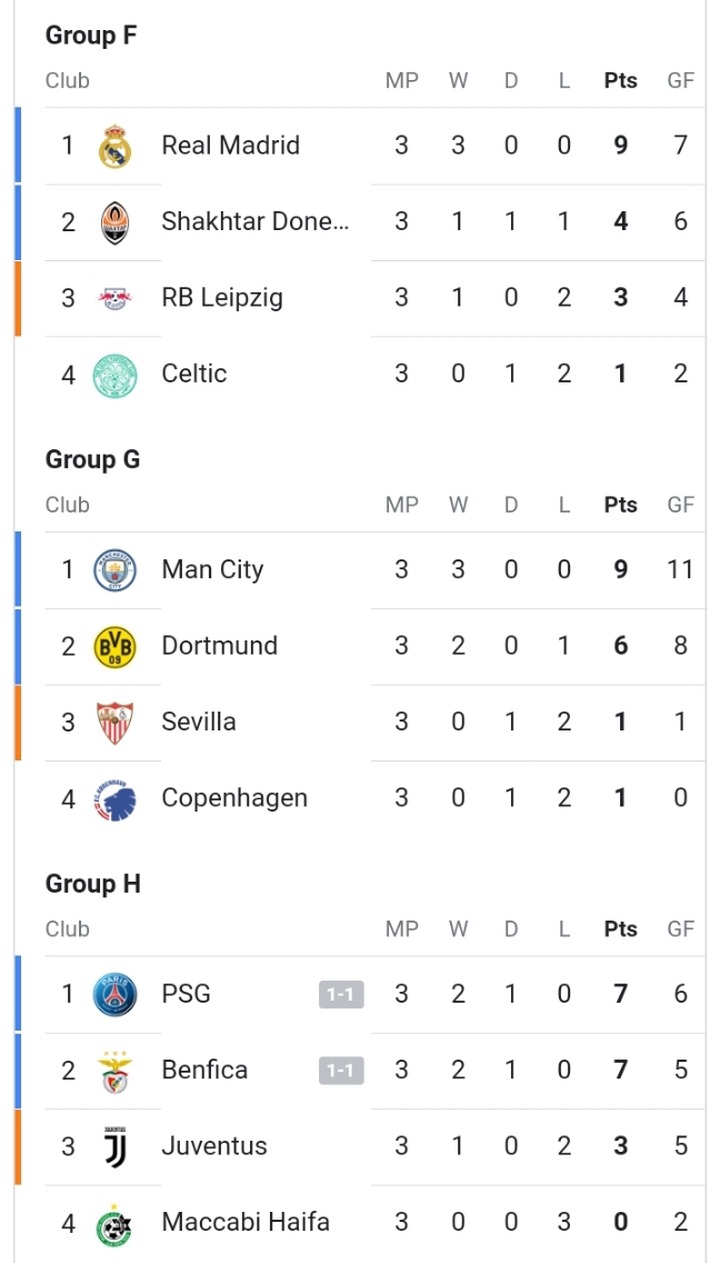 Fortunately for the Blues, Fofana got the opening goal of the game, giving Chelsea a goal lead at the 24th minute. At the 56th minute, Aubameyang added another goal to Chelsea’s lead with Reece James assisting him. Five minutes later, Reece James gave Chelsea a three goal lead which saw the game end 3-0, with Chelsea taking all points. 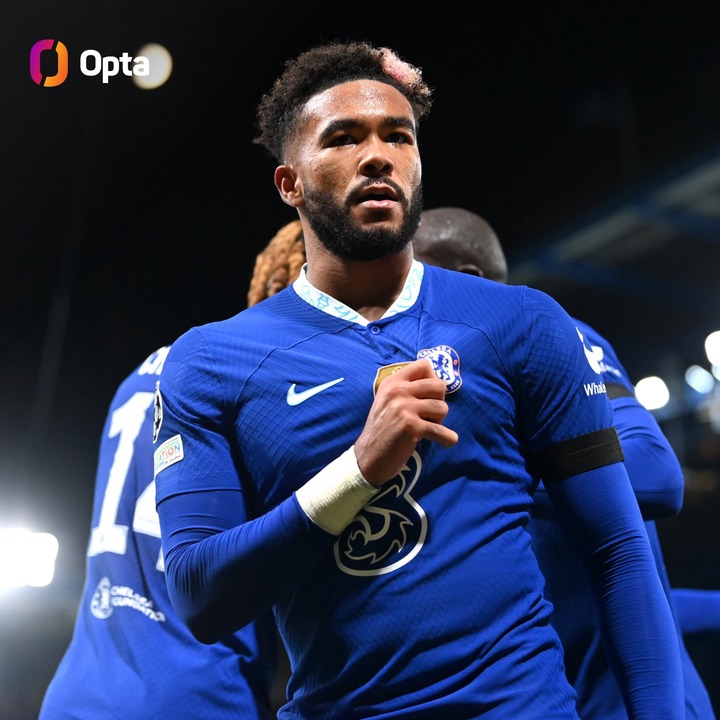 Manchester City welcomed Copenhagen to the Etihad Stadium, hoping to maintain their unbeaten run. Two goals from Erling Haaland, a goal from Mahrez and Alvarez each, and an own goal from Khocholava saw the game end 5-0 with Man City taking all points. 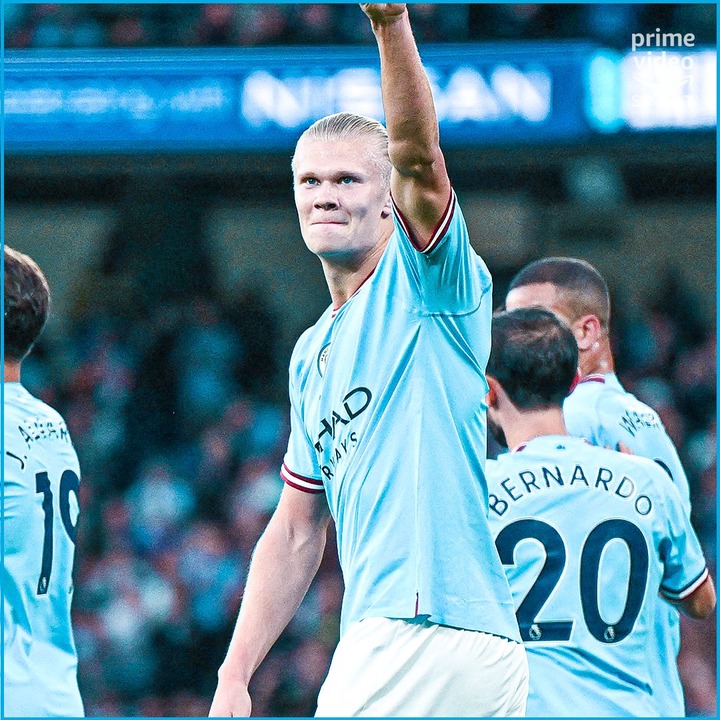 Real Madrid welcomed Shakhtar Donetsk to the Santiago Bernabeu. Goals from Rodrygo and Vinicius for Real Madrid and a goal from Zubkov for the away team saw the game end 2-1 in favour of Real Madrid.

Paris Saint-Germain visited Benfica at the Estadio da Luz, and had to settle for a point as the game ended in a 1-1 draw.

Here is the overview of today’s results. 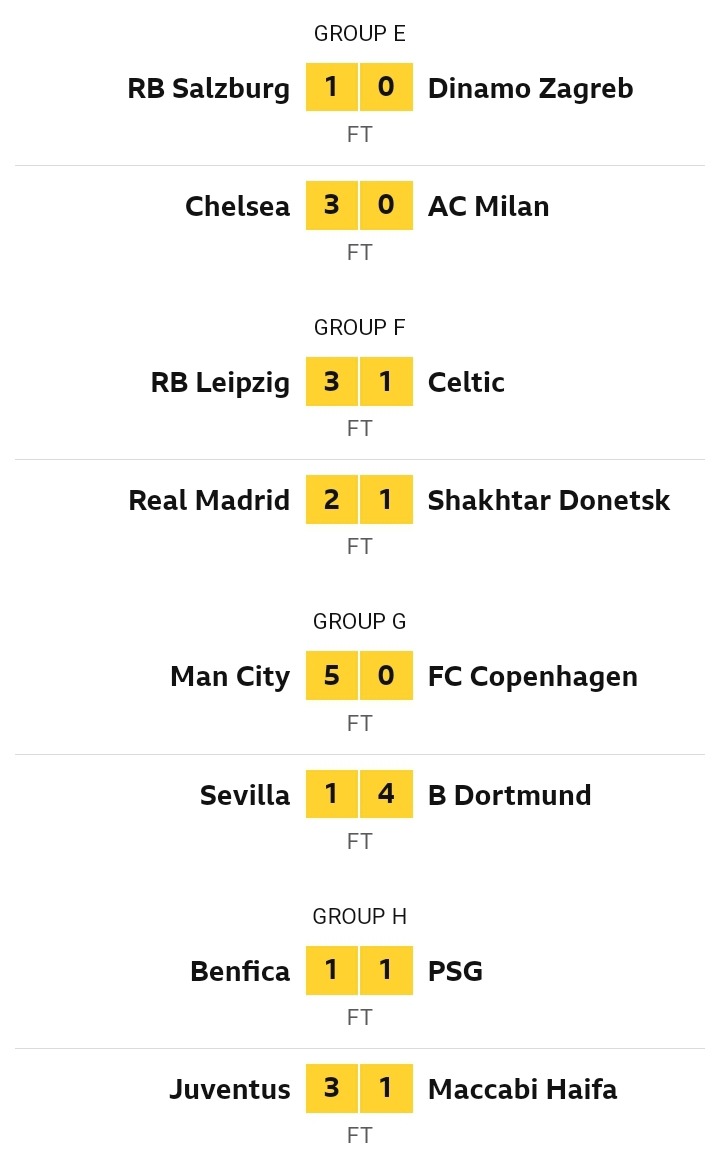 And here is how the competition’s groups table looks like following these results. 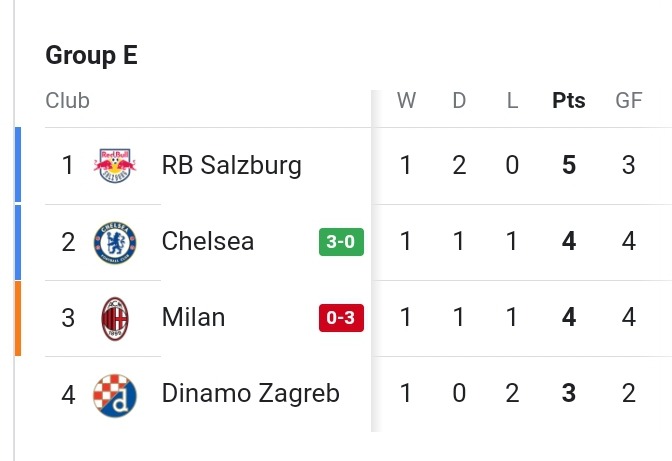