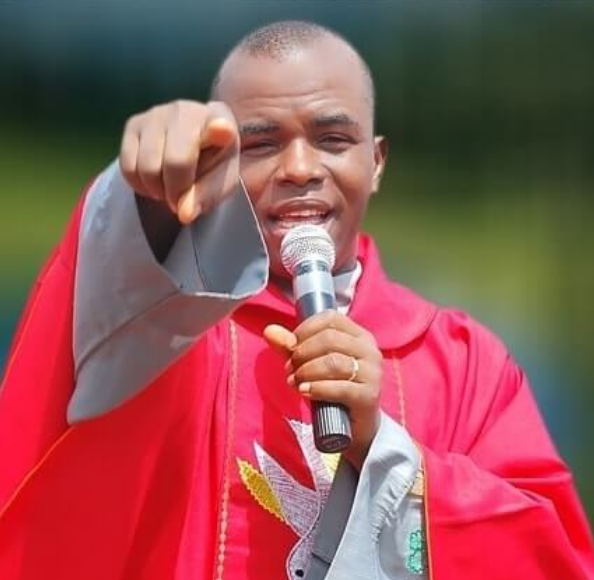 On Sunday,  October 2, Rev. Fr. Anthony Amadi was introduced as a replacement for Mbaka but members revolted and refused to accept any priest to replace Mbaka.

Fr. Amadi had to be whisked away as members were said to have charged toward him while screaming, “We say no”. 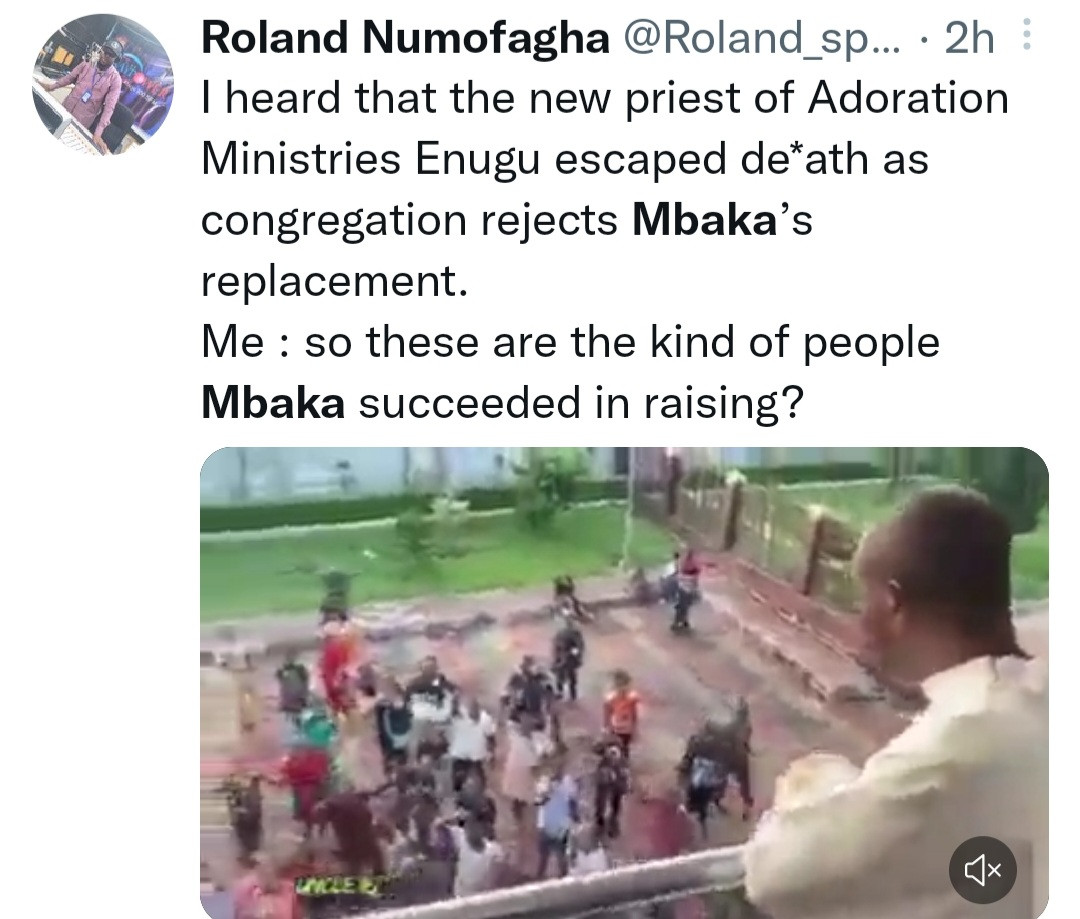 Recall that Enugu Catholic Bishop Callistus Onaga suspended Mbaka from the ministry 3 months ago for commenting on partisan politics. This was after Mbaka said Peter Obi is a “stingy man”.

On Thursday, September 29, Mbaka announced that Adoration Ministry will begin on Sunda.y

Mbaka was expected to return on October 2 and members thronged to the Adoration ground to receive him, but were disappointed when Mbaka announced his successor.

Immediately Mbaka announced his successor, members went wild and insisted no other priest will take his place.

They vowed that no other priest would be welcome to the Chaplaincy and alleged a gang-up from certain quarters in the church against Mbaka.

“Why will they change him after all his hardwork? You want to bring another priest to eat the fruit of his labour,” a supporter wrote to LIB.

Below is a video from the scene following the announcement.