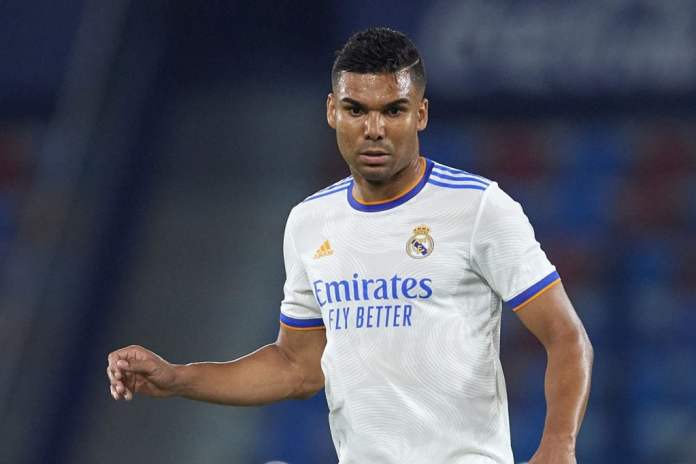 Real Madrid’s Brazilian International, Casemiro’s decision on leaving the club for Manchester United has been revealed.

According to ESPN, the Brazilian would prefer to remain in Spain this summer, but has not ruled out a move to Manchester United.

The Red Devils are exploring an ambitious move for the Champions League winner as they are desperate to reinforce their midfield.

The Brazil international has formed a bond with the likes of Luka Modric and Toni Kroos in the Real Madrid midfield, establishing himself as one of the best midfielders in the world.

According to ESPN, while the 30-year-old would like to stay at the Santiago Bernabeu, joining the Red Devils is a possibility with United considering a £50million offer.

Carlo Ancelotti’s side already has the likes of Aurelien Tchouameni and his countryman, Eduardo Camavinga in the Spanish capital.

And Casemiro sat on the bench for the two Frenchmen to start Real Madrid’s season opener against Almeria on Sunday.

In addition to Casemiro, United are also considering a move for Brighton’s Moises Caicedo.