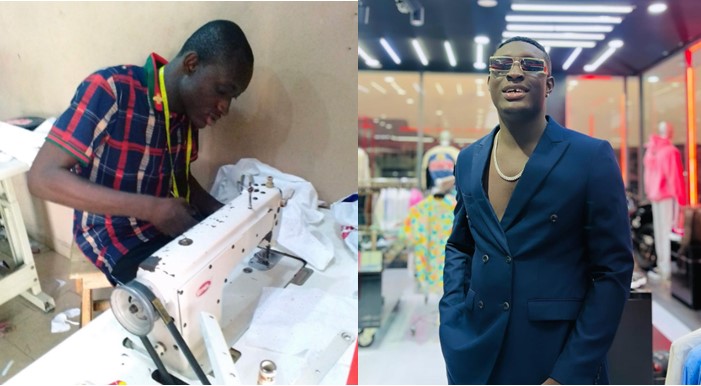 The skit-maker who is now a chart-topping singer, shared throwback photos of him working in his tailoring shop.

Carter Efe, who released a tribute song to his icon, Wizkid, titled Machala, said that the single changed his life.

Taking to Twitter, he captioned; ”MACHALA CHANGED MY LIFE!❤️🦅”.

It is interesting to note that the content creator recently achieved a historic feat with the ode to Ayodeji Ibrahim Balogun aka Wizkid.

Efe, who recently announced a switch from comedy to music, reacted to the achievement via his Twitter page with a screenshot of the Billboard Chart.

He released Machala on the 29th of July, and it debuted at the 14th position of 50 on the afrobeat charts, alongside songs by top stars like Burna Boy, Davido, Rema and his idol Wizkid.

Berri Tiga also took to his social media page to share his excitement while thanking fans for the support.