Two of the Big Brother Naija Season 7 housemates, Ilebaye and Khalid has been evicted tonight during the third Sunday live eviction show.

In the Level 2 house, Ilebaye and Khalid were both nominated and up for possible eviction earlier last week alongside fellow housemates, Groovy, Phyna and Bryann rounding the figure to five housemates up for eviction.

As we all know, votes by viewers are the major determinant of how long housemates stay in Biggies house. This week was not any exception as viewers had to vote to keep their favorites housemates in the show. Incase you missed it, this is how the viewers voted this week.

HOUSEMATES AND THE VOTES THEY GOT 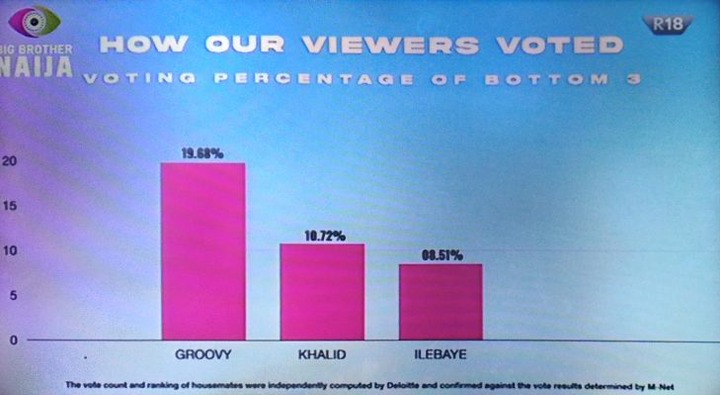