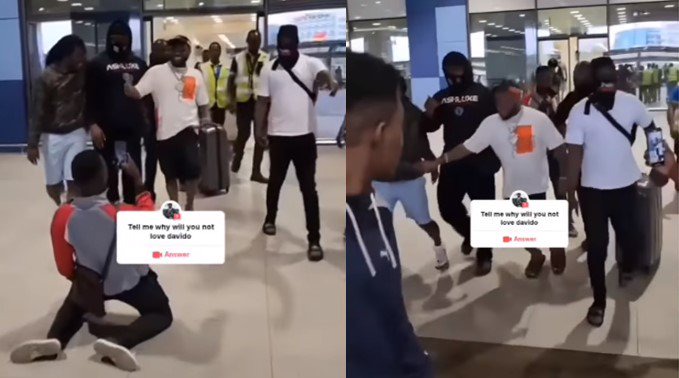 A video circulating online shows Davido at the airport doing what he is known for, which is showing love and support to fans.

His plane just landed at the international airport from a trip and he met a staunch fan who had been waiting to receive him. The guy blocked his path as he was walking onto the car park.

As soon as Davido and his entourage exited the lobby, the young man bent backwards to take a picture perfect photo of the singer.

On seeing him, the DMW boss quickly grabbed unto the loyal supporter and gave him a deep hug, making him really happy.

lernii_; No try this 1 near wizkid, fire

elovina_bespokeandaccessories; I love David so much

buckygh; Let’s be honest machala no go send your papa reach like this. 001 for a reason