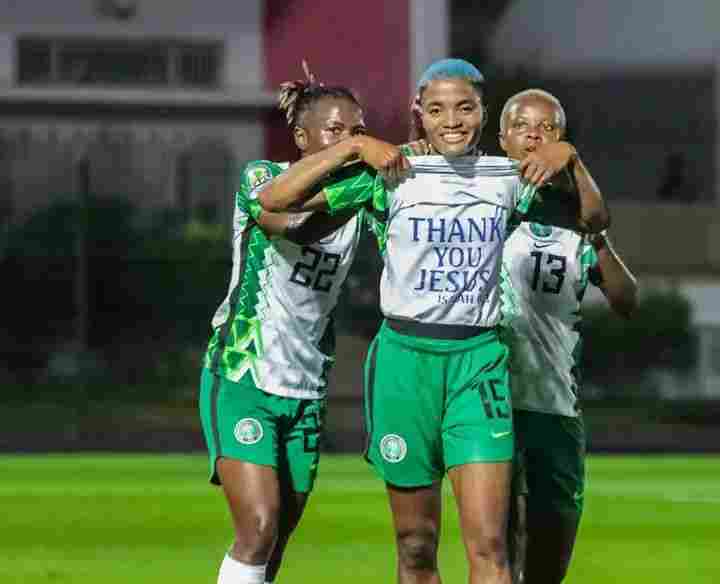 The Super Falcons of Nigeria prolific and versatile dazzler, Rasheedat Ajibade has stirred mixed reactions from fans and lovers of the game after she shared new pictures of herself on line.

The Atletico Madrid Women forward was a key figure for the Randy Waldrum’s side in the just concluded Women Africa Cup of Nations tournament held in Morocco, where Nigeria finished 4th after losing the third place match against Zambia in their title-defence campaign. 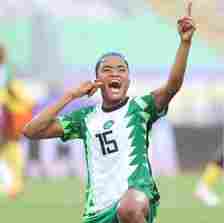 Rasheedat Ajibade was a complete threat in the opposition box all through the tournament before missing the last game through suspension due to a red card received in the semi-final against host nation.

In the competition, she was known majorly for propagating the gospel which is proud of every moment courtesy of some Bible verses quoted on her cloth as seen on different occasions and this has been a continuous action for her both on and off the pitch of play. 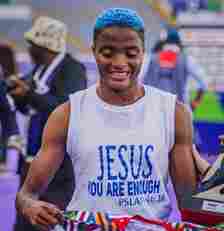 The joint top scorer in the just concluded WAFCON tournament has been a preacher of the gospel in her own way having been showing and proving to be a lover of God.

This was yet again the etymology of the reactions that trailed the pictures shared via her official Facebook page today as seen below: 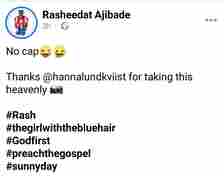 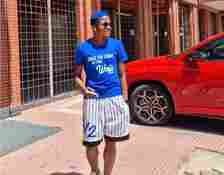 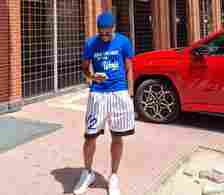 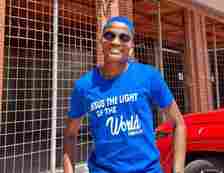 Some of the reactions garnered are also as follow: 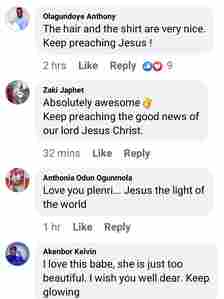 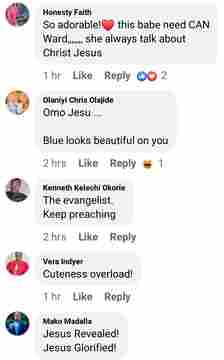