Home SPORTS Martin Braithwaite ‘refuses to leave Barcelona unless he is paid his full... 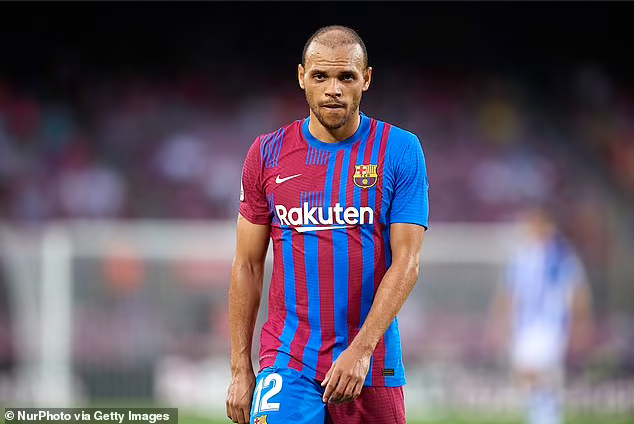 Barcelona striker, Martin Braithwaite is reportedly refusing to leave the club unless he is fully paid for the final two years of his contract at the Nou Camp.

The Denmark international is contracted at Barcelona until 2024 with the club having signed him from Leganes in 2020.

According to Sporta, a Spanish publication, the Dane is refusing to bow to the club’s wishes and depart the club this summer, having seen a reduction in the money he is owed as per the contract he signed two years ago.

The report states that the former Middlesbrough forward was offered what they refer to as a letter of freedom, essentially a break clause that would ensure the Dane could decide his fate.

Braithwaite is believed to have rejected this offer and demanded to be paid his full salary for the remainder of his deal should he be forced out of the club this summer.

Barcelona have strengthened their attack with Raphinha and Robert Lewandowski this summer, and will need to trim their bloated wage bill to register new signings ahead of LaLiga’s August 13 deadline.