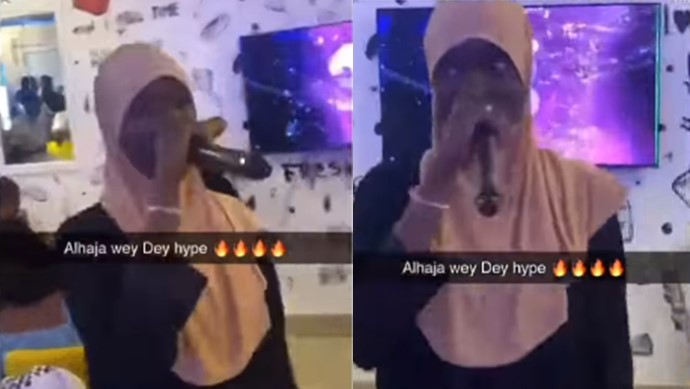 A video making the rounds on social media shows a hijab-wearing lady doing a hype job at a social event.

She rocked the mic with confidence while in her religious veil and executed the hype with so much proficiency that she earned praises.

The young lady reportedly worked as a hype woman at an event which held in Ilorin, Kwara state.

abayomi_alvin; When you got love for Allah but still gat a lil bit of Naira Marley in you….

Hidden Secrets Behind Black-Spotted Bananas You Have Never Known

3 Kidney Damaging Substances That Should Not Be Taken Often