Home POLITICS Muslim Tickets: Lawal, Dogara, Dalung Are Inciting Because They Lost Out –... 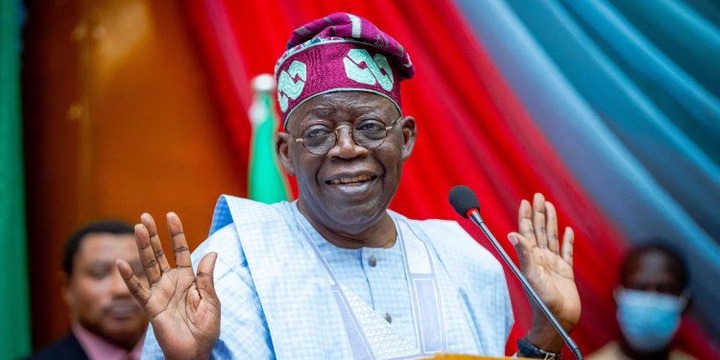 Tinubu former Lagos State governor said, he was not surprised by the hatred call Lawal, Dogara, and Dalung is spreading among Northern Christians not to vote for the Muslim-Muslim ticket.

Babachir Lawal, former Secretary to Government of the Federation, SGF, Yakubu Dogara, former Speaker of the House of Representatives, Solomon Dalung a former Minister of Youths and Sports Development, and Senator Ishaku Abbo, Adamawa North Senatorial District, in Abuja, called on Northern Christians not to vote for the Muslim-Muslim tickets of their party APC.

Speaking on the call of the APC Northern Christians Leaders Forum, the Director of Media and communications, Tinubu Campaign Organization, Bayo Onanuga described the call by Lawal, Dogara and Dalung as hatred emanating from losing out.

Onanuga said, “We know where these people are coming from. I won’t like to join issues with anybody. Dogara is a Christian. If you follow him, you will find contradictions in what he said. Who made Dogara the Speaker of the National Assembly? Jubril, a Muslim did. He was his campaign manager. Was it not a Muslim that also made Babachir Lawal the SGF?”

Onanuga further stated, “So when you see responsible leaders spew hatred around, you will know that it is not worth joining issues with them. Nigerians have seen through people like this. They are only inciting themselves because they lost out, not the masses. For now, we are looking forward to September when election campaign will kick off.”

He revealed that Tinubu is making frantic efforts to reach all Christian bodies to see the reasons for his choice of Kashim Shettima as running mate.

“The candidate is talking to the Christian leaders that our ticket is not by religion at all. We believe many of them will see reason and support our ticket. We don’t want to be seen debating Christianity or Islam, that belongs elsewhere. The Tinubu-Shettima ticket is a political one, not what Babachir and Dogara are portraying. We also know it is only a matter of time before they decamp,” he said.