Home NEWS I Was Told That Ransom Collected By Bandits Are Being Used To...

Popular Nigerian broadcaster and multiple awards winning journalist, Babajide Otitoju has lamented against the backdrop of terrorists that came to Nigeria to wreck havoc on innocent citizens. 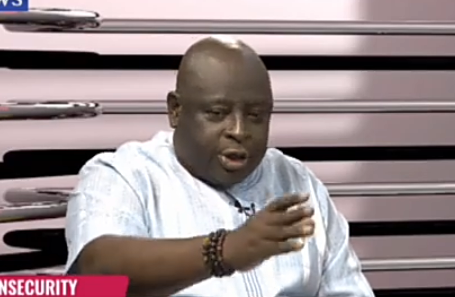 Babajide Otitoju who was speaking during today’s edition of journalists hangout on TVC, said he was informed by a fellow that the ransom money being collected from Nigerians by the terrorists are being used to develop some parts of Niger Republic.

According to him, a good number of the terrorists came from Niger Republic.

“Somebody told me something but I have not found out if it true. He said ransom money paid by Nigerians is now being used to develop some parts of Niger Republic. That some buildings that were not there before are materializing. Ransom Money are being funneled there because a good number of those guys operating here are not Nigerians. Some of the money they make here they take it back home to develop their country.” Babajide Otitoju stated.

He also said there is need for Nigerian government to protect the borders in order to stop the influx of terrorists from other neighboring countries.