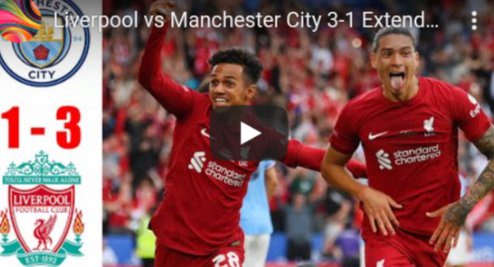 Darwin Nunez came off the bench to wrap up a 3-1 victory for the Reds. Erling Haaland, meanwhile, struggled to find his feet in his first competitive debut.

With players like Mo Salah and Jordan Henderson having a field day down their right wing, Liverpool started off on top.

Trent Alexander-Arnold gave Liverpool a deserved lead with his effort from the right flank curling outwards onto the back post and in. The head of Nathan Ake glanced the ball on the way in, but the goal primarily came from both Alexander-Arnold and the man who assisted him.

Liverpool then fought back control. A header from Nunez struck the hand of Ruben Dias, with VAR again called to action to award the spot-kick. Salah stepped up and fired it low to Ederson’s left.

Nunez’s head was set to play one more pivotal role, though, as he stooped low to finish off the curtain-raiser in style to make it 3-1 for Jurgen Klopp’s side.

Dembele is Back Again and Destroying Defenders vs Benfica