Home BIG BROTHER NAIJA #BBNaija #BBNaija: Bella Reveals What She Would Do To Sheggz If He Dances...

Bella, one of the most talked-about housemates in the house, revealed what she would do to Sheggz if he tries to dance with any girl on Sunday night. 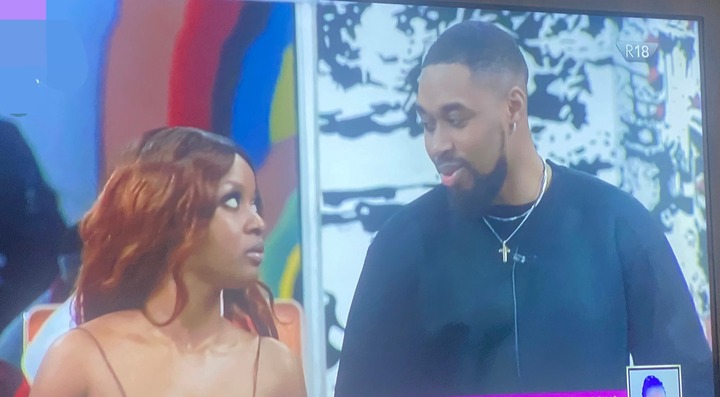 Bella, who once stated that she was not ready to be distracted by a relationship with anyone, has started to show some likenesses to Sheggz in the house after she told him what she would do if he chose to dance with another lady in the house.

Bella told Sheggz that he’s free to dance with any lady in the house, but when he does, he should just free her. Bella said everyone is angry because of how Sheggz treats her.

Bella agreed that Sheggz could dance with anyone in the house, but she would free him if it happened.

Sheggz also told Bella that if she danced with the other guys, he would free her. Judging from the statements made by the two housemates, it can be safe to conclude that both housemates like each other.