First off, this article is in no way to malign the Calabar women in Nigeria, as they are beautiful and hardworking women. Calabar women do have a reputation among Nigerians which make many men scared to either marry them or even get in a relationship with them. 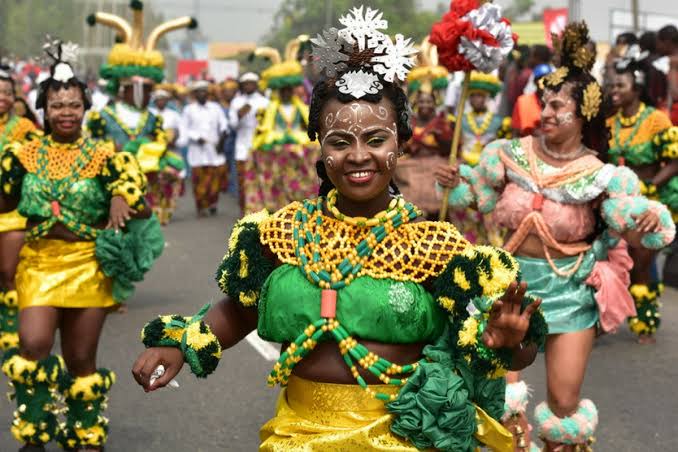 Below are some of the reasons we have hear over time:

Popular Nollywood actress Shan George is Calabar while this is not a general thing, Calabar women and even their men tend to be short. The height disadvantage is one reason most men might be scared to go into relationships with them, especially if such a man prefers a woman who has considerable height.

Afang soup is one of the popular delicacies of Calabar people. Now this is strange, but another things that makes most men and even women scared of Calabar women is their cooking ability.

The belief is that most Calabar women are so good in the kitchen that they could use their cooking to control any man they want. Which seems to be a like an unfounded fear.

The Calabar culture is quite rich and so are the names they bear. Another funny thing most people worry about is the language, which to the ear of outsiders sounds like Mandarin. Most men want their baby names to be sound relatively pronounceable.

Calabar names are beautiful, but can be really difficult to pronounce if you do not speak the language fluently or you have not taken proper time to master the sounds and tonal differences.

Dog meat is one delicacy the Calabar people are known for. Although, this could have been under cooking, yet it seems to deserve a special number of its own. Dog meat also popularly known as 404 is one delicacy that causes problems.

Most men who are not Calabar view dogs as man’s best friend and they usually find it difficult to engage in eating of dogs. But Calabar women love to make 404. This matter of food is taken quite seriously as many even refer to Calabar people in derogatory names because of dog-eating.

Their reported coital prowess is so well known a movie was made out of it. Many men who have doubts about their prowess in the ‘other room’, are usually scared of Calabar girls, this is because of the popular belief that Calabar girls love this. Calabar men too are no left out, meaning that when a Calabar man marries a Calabar woman then a lot of their time will be spent in the other room.

Meanwhile there are several reasons you should date a Calabar girl. It goes without saying that their love for coitus comes from a good amount of bodily strength.