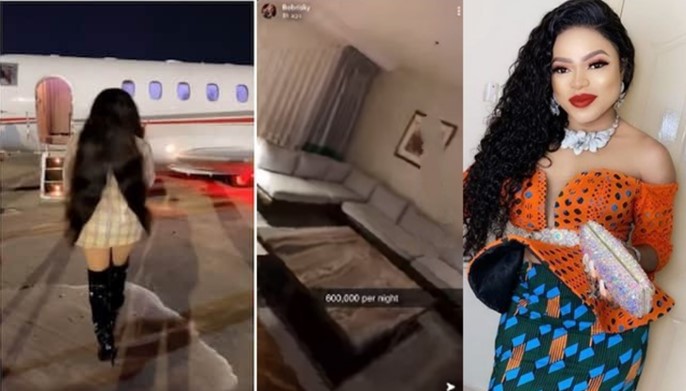 Popular Nigerian crossdresser, Idris Okuneye aka Bobrisky, has revealed that he paid the sum of N6 million for a flight to Dubai, UAE.

According to the drag queen he simply wanted to go to the Arab nation and do a photoshoot for his birthday.

Bobrisky said that officials informed him that Visa issuance to Nigerians has been stopped at the moment.

Taking to Snapchat, he wrote;

“Wait oh! After paying N6 Million for first class ticket only for me to do my visa, they are saying they stopped Visa. What will now happen to my ticket. Damn. I was just going for my birthday photoshoot. Just 4 days.

When netizens doubted his claim and accused him of lying, Bobrisky shared a screenshot as proof.