Bundesliga Champions, Bayern Munich have left their fans and social media users buzzing after they welcomed the newly crowned, African Footballer of Year, Sadio Mane back to the team with a customised Cake. 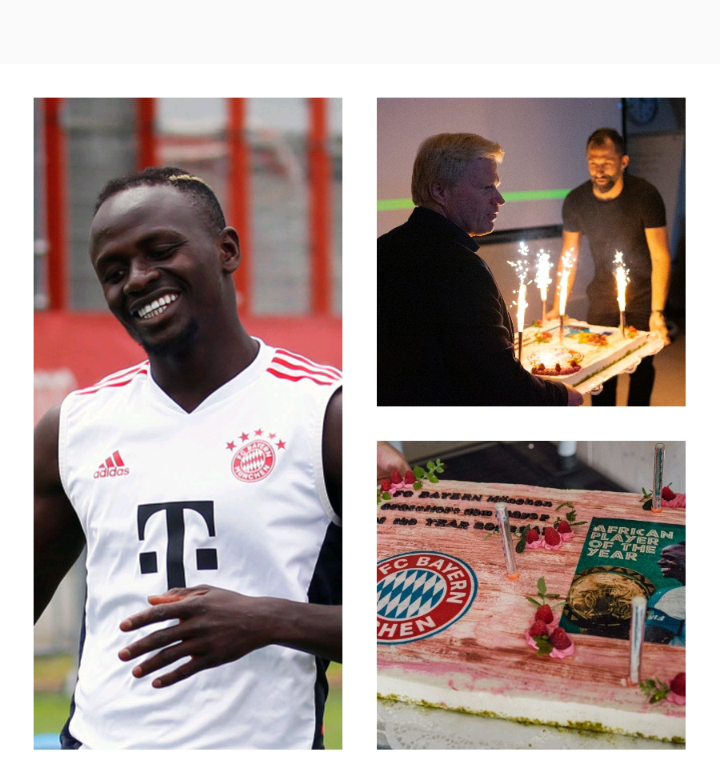 The Senegalese attacker smiled when he was presented with the huge customised cake by Bayern Munich CEO, Oliver Kahn and Hassan Salihamidzic on Tuesday before training as he was cheered by Bayern Munich board members, manager and his teammates. 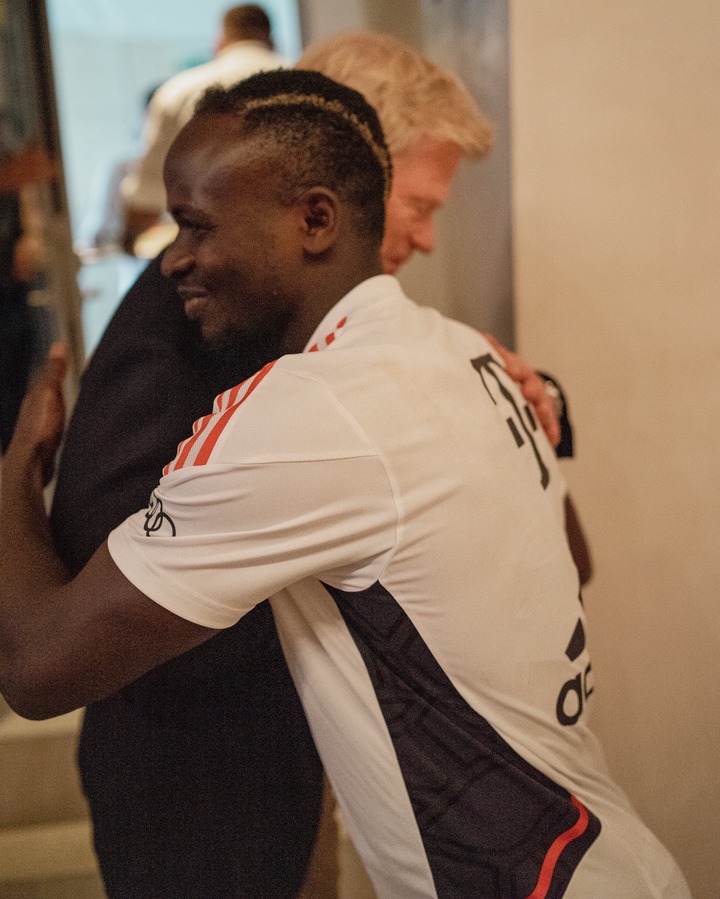 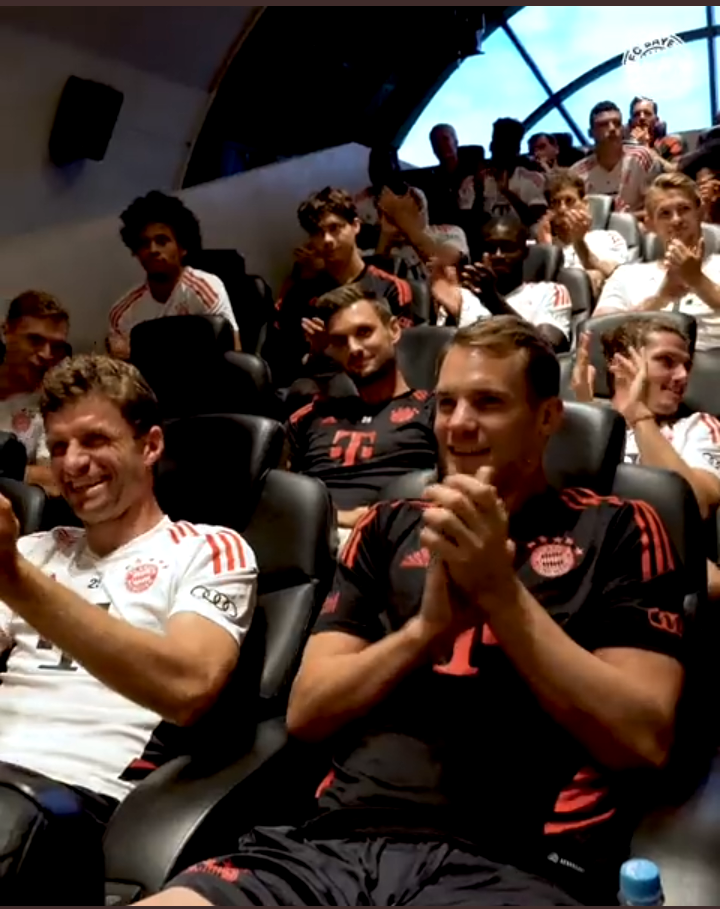 Bayern Munich tweeted: “Cake reception for Africa’s footballer of the year” alongside a short video of Sadio Mane being presented with a customised cake. 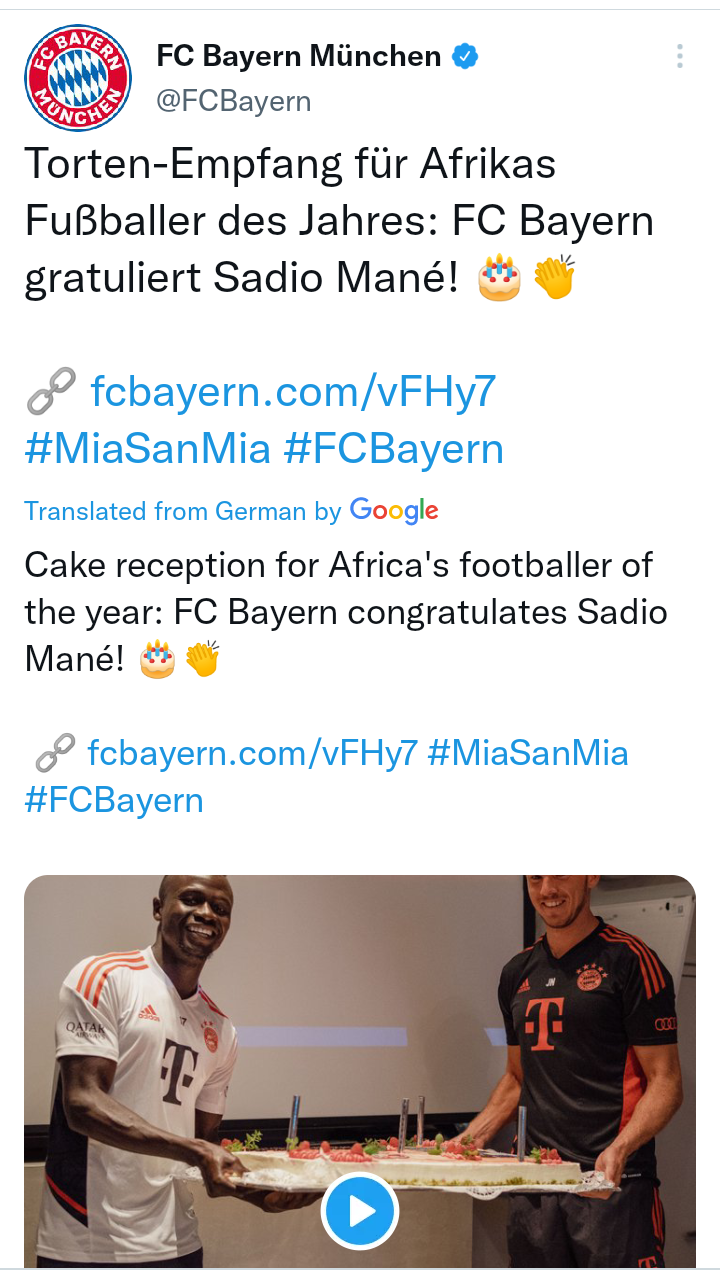 This classic gesture from Bayern Munich welcoming Sadio Mane back to the team with a customised cake after winning the African Player of the year award on Thursday has attracted reactions online, as some have thanked Bayern Munich while some said he really deserves it.

Here are some screenshots of reactions: 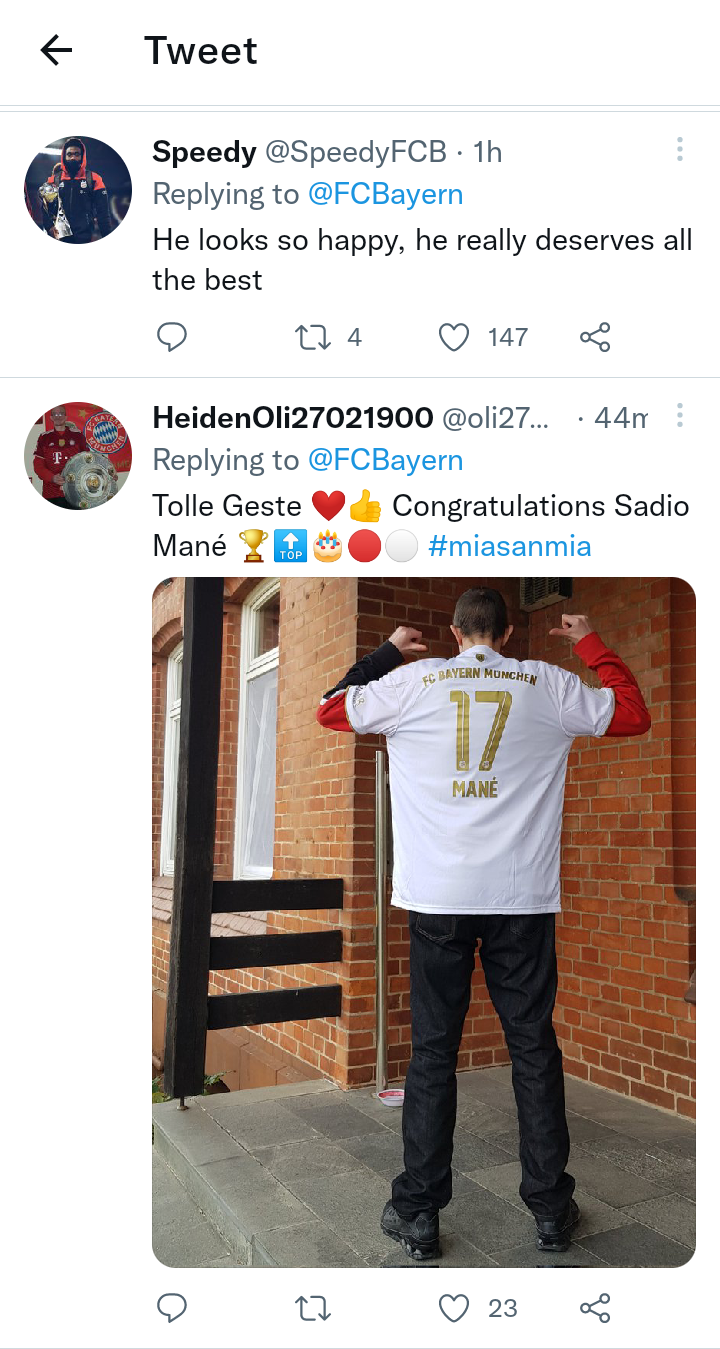 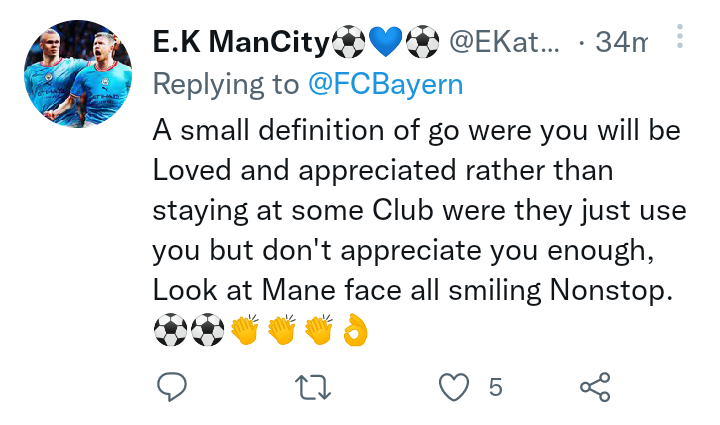