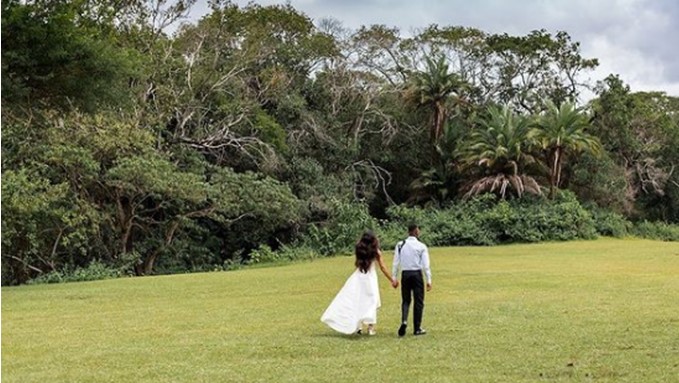 Zambian football star, Patson Daka has gotten married to a lady that used to be his girlfriend’s bestfriend.

According to reports, he broke up with his girlfriend of seven years Grace Chilufya Perez in order to be with her bestie, Suwilanji Mpondela.

Patson and his ex, Grace

The Leicester City forward took to his Instagram page to confirm his marriage to Suwilanji while sharing photos of himself and his wife.

It was learnt that they have gotten the blessing of family members and Patson has already bought an apartment in England where they will live as man and wife.

Meanwhile he received congratulatory messages from fans and celebrities.

slim_thickish; indeed karma does nothing! Life is not a Nigerian movie! Choose happiness.

What To Do If You’re Feeling Unloved In Your Relationship

4 Types Of Ladies That Attract Men Without Much Efforts

Things Women Do Secretly In Bathroom

If Your Woman Sleeps With Pillow Between Her Legs, This Is What It Means

Men, Here Are 3 Things Your Woman Wants At Night Before She Sleeps But Never Tells You