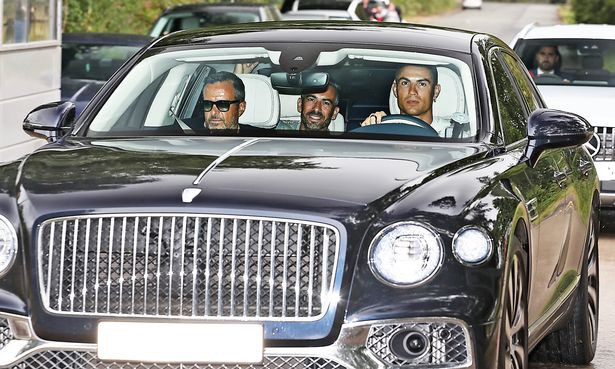 Cristiano Ronaldo has been pictured arriving at Manchester United’s training base for showdown talks with coach Erik ten Hag to decide to future.

The 37-year-old Portuguse striker has missed the first three weeks of the club’s pre-season – including the whole of their tour of Thailand and Australia after being given compassionate leave for a family issue.

On Tuesday, July 26, he was seen driving inside the club’s training base his agent Jorge Mendes for showdown talks with Erik ten Hag with Sir Alex Ferguson expected to be at the meeting.

Ronaldo had handed in a bombshell transfer request just days before he was due to jet off on United’s pre-season tour. Instead of joining his teammates, the superstar stayed at home in Portugal for “family reasons.”

Atletico Madrid are the club most heavily linked with a move, as Mirror Football understands that Old Trafford chiefs are willing to let their No.7 leave on loan but only if he signs a contract extension.