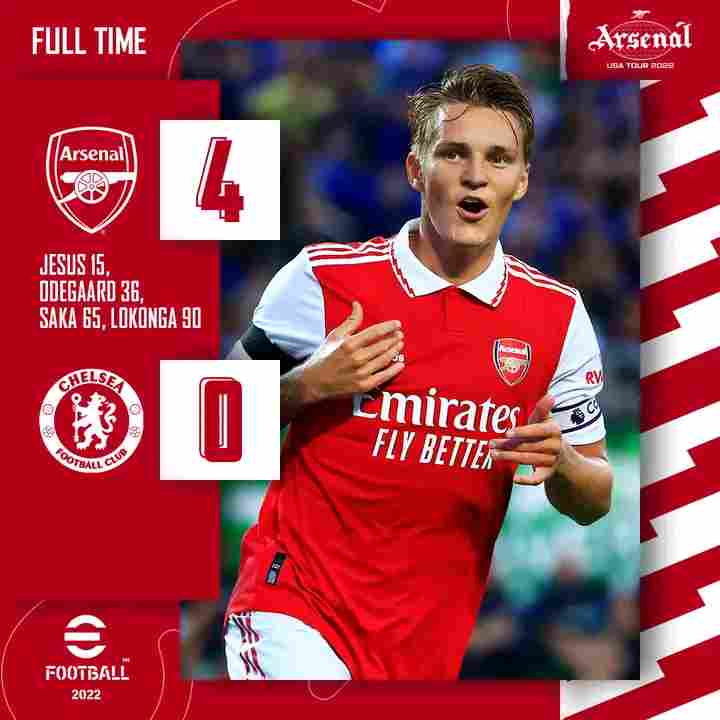 Red hot Gabriel Jesus scored yet again as Arsenal thumped fellow Londoners Chelsea in a humiliating defeat. The Brazilian striker has now scored four goals for Arsenal since his arrival from Manchester City. He scored two goals on his debut, he then scored against Everton, he only failed to score against Orlando but then opened the score sheet against Chelsea. And what a time to score it! 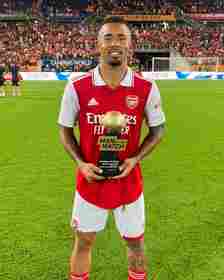 Jesus was therefore given the man of the match after his impressive performance in the game. Gabriel’s work rate and tirelesness was top. He constantly threatened the opponents defense and ran tirelessly all over. Arsenal went strong from the very beginning, with their squad.

Gabriel Martinelli and Jesus all started with Bukayo Saka operating from left wing. Thomas Partey,Xhaka and Odegaard were all present as Ben White,Saliba, Magalhaes and new boy Zinchenko also started and this was his debut. Ramsdale was the keeper. Congratulations to Arsenal.