Home POLITICS Presidency: Tinubu Wanted To Be My Running Mate on A Muslim-Muslim ticket...

Atiku Abubakar, the presidential candidate of the Peoples Democratic Party PDP, in an exclusive interview with Arise TV this morning has disclosed why his relationship with the presidential candidate of the All Progressives Congress, Bola Tinubu took a worse turn in 2007. During the interview, Atiku revealed that in 2007, Bola Tinubu wanted him to field a Muslim Muslim ticket, but he declined. 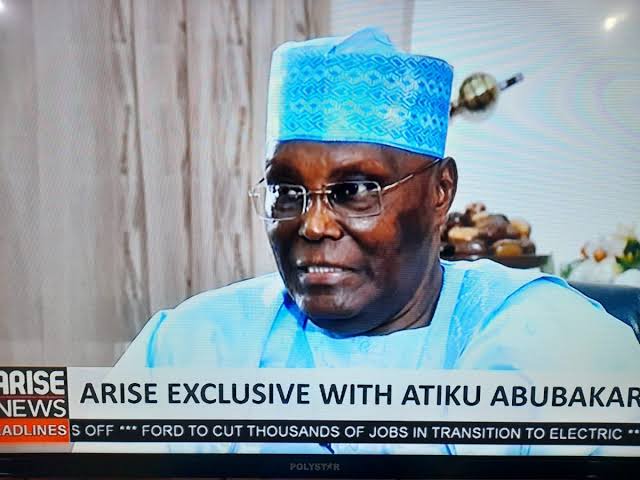 It was gathered that Atiku, who was a former Vice President and who was also the then-presidential candidate of the now defunct Action Congress AC, disclosed that Tinubu wanted to be his running mate. It should be recalled that in 2007, Atiku eventually lost that year’s presidential election to late President Umaru Musa Yar’Adua who contested on the platform of the PDP. He disclosed that he then, Tinubu kicked against picking Ben Obi as his running mate.

He disclosed that his relationship with Tinubu went South after he went ahead and presented Obi as his running mate in 2007. He added that Tinubu insisted on running with him, but he didn’t believe it was right to run a Muslim-Muslim ticket. It should be recalled that the Action Congress was established by Atiku Abubakar, Bola Tinubu, and other political giants. The party later merged with the CPC, ANPP, and APGA to form the All Progressives Congress APC which brought President Muhammadu Buhari in 2015 to power.