Home POLITICS I Have Listened To Peter Obi But He Is Still Sounding Like...

Femi Falana, a popular lawyer and human rights activist had an interview with Arise news were he shared his opinion the current political situation of the country. 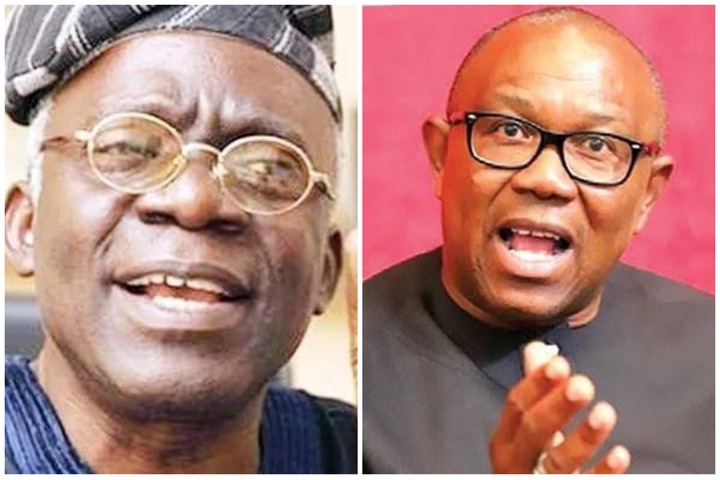 The anchor of the program asked Femi Falana to talk about Peter Obi and his move to look different or portray himself as different from the old politicians given he was a member of PDP that is full of those same set of old politicians. In his reaction Femi Falana said though Peter Obi has left PDP but he still sounds like a PDP member, he then advised Peter Obi to let the world know that he has forgetton the past and he is now indentifying himself with the Nigerian people. Read more on what Femi Falana said below.

“Frankly speaking I am very reluctant to discuss individuals but since Mr Peter Obi is contesting under the Labour party he has to study the program and manifesto of the Labour party, I have listened to him going around but he is still talking like a PDP member, so if he is now embracing the Labour party he should familiarise himself with the programs and manifesto of the party. He must go out there and let the world know that he has forgotten the past and now he is identifying himself with the Nigerian workers and the Nigerian people, so that is the challenge before him”.