Home Entertainment He’s bigger than you in everything – Man lambasts Wizkid over video... 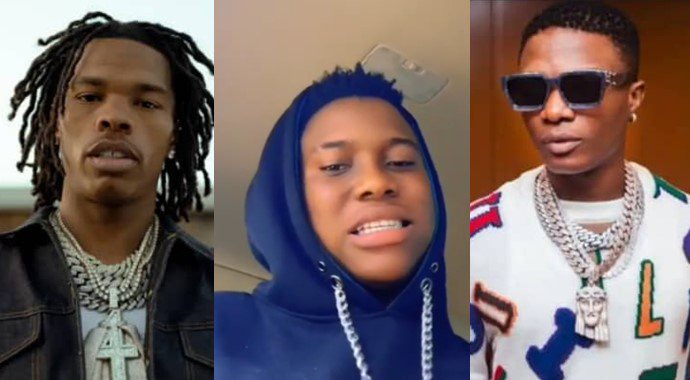 Recall that a video which went viral weeks ago showed the moment Lil Baby and Wiz entered the same store but neither of the two artistes went to greet the other.

Their action set tongues wagging and a man was particularly angry at Big Wiz because he believes the ‘Joro’ crooner should have been the one to extend greetings.

The young man said that Wizkid is feeling too big because of his fan base, not realising that Baby is bigger than him.

He also brought up the issue of Wiz not actively posting content on social media, which his fans say is a sign of maturity.

According to the guy, the singer stopped being very active online when he realised that his counterpart, Davido’s follower has surpassed his own.