Home GOSSIP Check out what this girl was caught doing that caused a stir...

Women would do almost anything when they are angry, they go as much as to plot to catch a guy in a compromising situation. 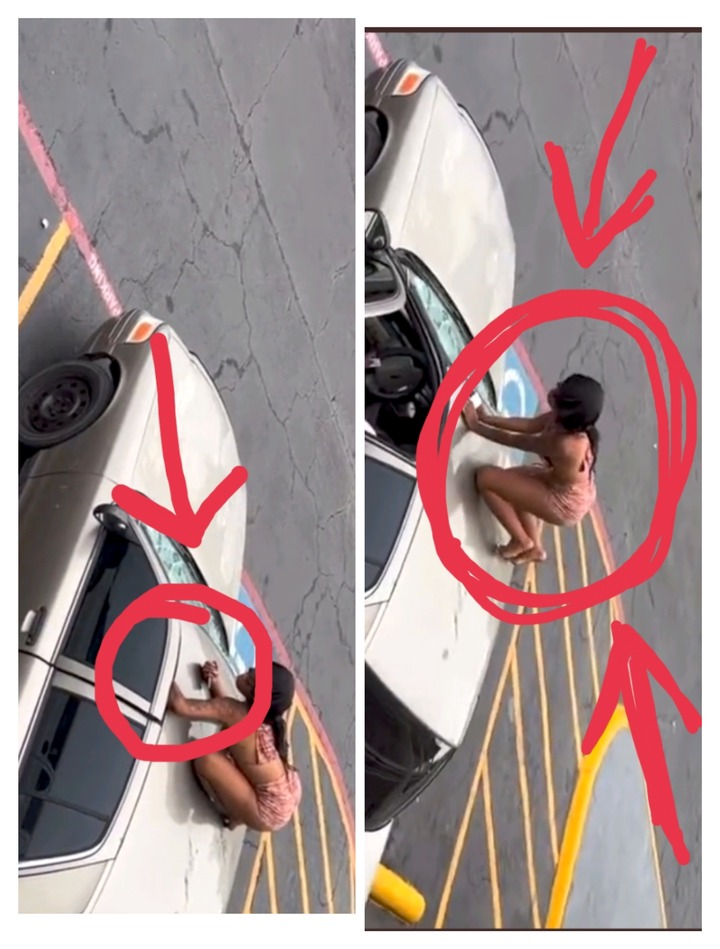 So imagine this as a guy when you are about to go to your car and you find a girl on top of your car.

That is what happened to this guy who got a girl on top of his car , it is still unclear who she is or what was she doing or what she wanted to achieve, but people could speculate that maybe it is a bitter ex or maybe his girlfriend.