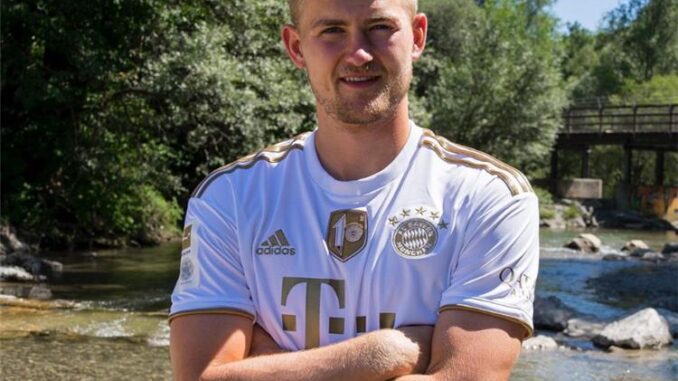 De Ligt has revealed that he has been in constant contact with Bayern Munich for the past three years, talking about his decision to leave Juventus and join the Bavarian club, and why he turned down Chelsea’s offer.

Bayern Munich officially announced the signing of De Ligt in Juventus until June 2027, and the Dutchman gave an interview to the German newspaper “Bild”.

De Ligt said: “I have always followed Bayern closely because they are an interesting and successful team. Former Bayern players like Arjen Robben and Marc van Bommel have always praised that team.”

He added: “Everyone has confirmed to me what an amazing FC Bayern team is. In addition, I always feel that I am connected to the German mentality, that I work hard and have the right mindset. that me and Bayern can go well together!”

De Ligt continued to say: “Three years ago, we had many talks with Bayern and other teams. I ended up with Juventus, and I am grateful that I took this step at that time.”

De Ligt, who spoke about Bayern Munich’s performance, said: “It is true that Juventus’ defensive style is very defensive, Bayern’s attacking style is definitely suitable for me, and it was definitely the reason I decided to move to Munich. Bayern He plays a very good forward-oriented ball. pressure, and this suits my strength.”

When asked about Chelsea’s interest in Munich, he said, “I was very impressed because all the management of Bayern gave me the feeling from the beginning that the team really wanted me, it was the right match. ”