Home COUNT DOWN Top 10 Richest Royal Families In the World

This list contains the Top 10 richest royal families in the world. 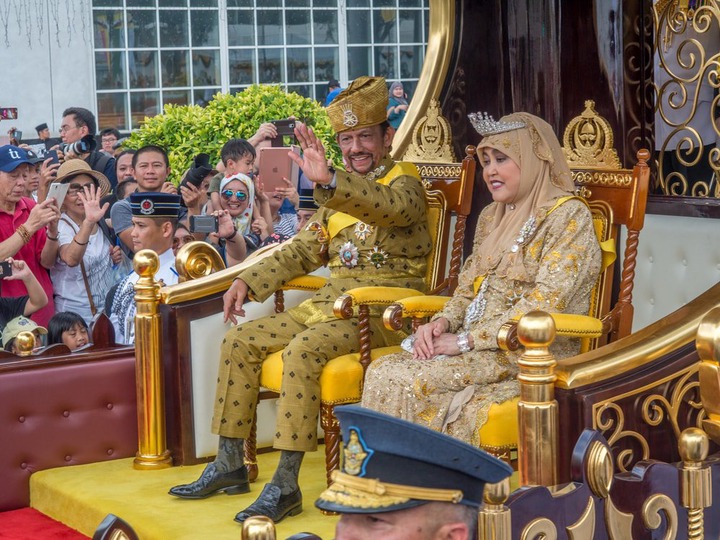 Historically nations have been subjected to the rules of kings, emperors, and Queens. Literally, these emperors own everything and may not be subject to a higher power. Also, in the time past, historical records show how rich, I mean wealthy the royal family can be as they tend to control the finance and affairs of their respective nations.

Below we’ll be discussing the list of the richest royal families in the world, starting in ascending order.

The Top 10 royal families in the world have benefitted greatly from their citizens as these royals have been restricted to some certain duties it becomes a must for them not to be associated with odd jobs that don’t befit a royal, so they don’t work. Instead, the state pays for all their expenses. Also, it is important to note that a great percentage of their wealth comes from various investments around the world. The few remaining monarchy states can be likened to the president but in some other states and in a real sense they hold more power than just a constitutional head of state.

The list of the richest royal families in the world is given below.

The Royal family of Liechtenstein is worth a whopping $4.4 billion as of 2022, thanks to a diverse portfolio of high-value investments ranging from real estate to art.

Sheikh Mohammed bin Rashid Al Maktoum is the ruler of Dubai. He is the head of the Dubai royal family and the wealthiest member of the Al Maktoum dynasty.

The sheikh is also the UAE’s current vice president and prime minister. Over the years, his family, the royal family, has amassed a multibillion-dollar empire.

This family amassed their fortune through a series of investments, including Dubai Holdings and Darley Stud, the world’s largest horse racing breeding operation. In addition to these businesses, the family owns a large number of luxurious properties around the world.

Brunei is governed by the Sultan of Brunei, Sultan Hassanal Bolkiah, under a monarchical system. The Sultan lives in the world’s largest residential palace, which holds a Guinness World Record.

Brunei’s royal family derived the majority of their $28 billion net worth from the country’s vast oil reserves. The sultan is said to own a number of private jets as well as thousands of supercars, including 600 Rolls Royces and 300 Ferraris.

Thailand’s royal family is the Chakri dynasty. This family has occupied the throne since 1782, with the current king, Maha Vajiralongkorn, ascending in 2016 following the death of his father, King Bhumibol Adulyadej.

While the exact value of this royal family is unknown, it is estimated to be between $30 and $60 billion by 2022.

This makes them the sixth royal family on this list of richest royal families in the world.

The British royal family, led by Queen Elizabeth II, may not be the wealthiest royal family in the world, but they are the most powerful.

According to Forbes, the British royal family is worth $88 billion, the majority of which is derived from the crown estate’s sovereign grant and several real estate investments. With a personal net worth of $530 million, Queen Elizabeth II is the wealthiest member of this family.

The Sheikh also serves as chairman of the Abu Dhabi Investment Authority, which manages assets worth more than $696 billion.

The Abu Dhabi royal family is worth a staggering $150 billion, a large portion of which was made from oil, with the emir being one of London’s wealthiest landlords with $7.1 billion in real estate assets.

This enormous wealth places them as one of the top richest royal families in the world.

Qatar is ruled by the Thani royal family, which is led by Sheikh Tamim bin Hamad Al Thani, who ascended the throne as emir in 2013. This family has ruled Qatar since the mid-nineteenth century.

The Qatar royal family is worth $335 billion, thanks to investments in real estate such as London’s Shard skyscraper, the UK capital Olympic village, and Harrod’s department store. The family has a great investment in the Empire State Building in New York, as well as Barclays, British Airways, and Volkswagen.

The family has amassed a $360 billion fortune by purchasing massive stakes in nearly every major blue-chip company in the United States. Kuwait’s royal family because of their influence and investment takes the second spot in the list of richest royal families in the world.

The current king of Saudi Arabia, King Salman Alsaud, is the family’s wealthiest member, according to reports. Saudi Arabia’s royal family is worth an unfathomable $1.4 trillion.

Saudi Arabia tops the list of the richest royal families in the world. This country’s monarchy is unarguably the most powerful and influential in the Arab world.