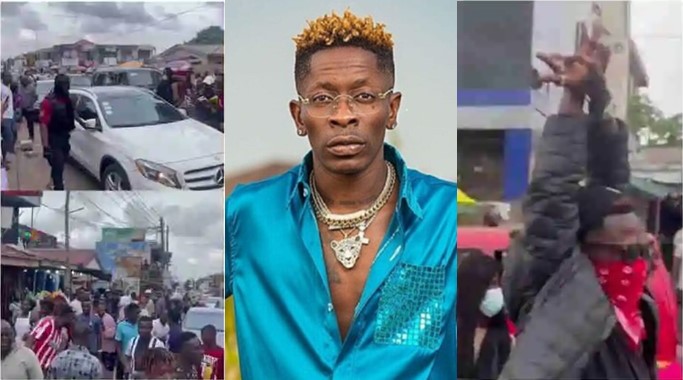 A content creator caused a stir when he stepped out to the city and paraded himself as Ghanaian artiste, Shatta Wale.

He hit the streets of Lapaz in Accra with some bodyguards and a convoy of Benz cars which caused traffic gridlock, while the real Shatta Wale was busy talking about his Ghana Party in The Park.

A video which has gone viral on social media shows the doppelganger being given the full celebrity treatment. Fans trailed a white Mercedes Benz that was carrying the man posing as the dancehall musician.

A part if the clip captures when the fake Shatta Wale popped his head out of the sunroof and put up the Shatta movement sign.