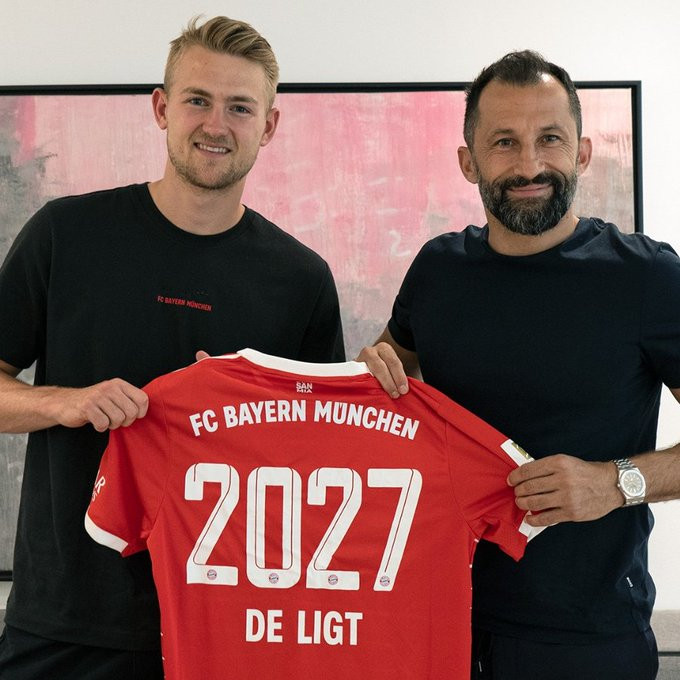 Bayern Munich have confirmed the signing of Matthijs de Ligt in a deal said to be worth around £68m from Juventus.

The Dutch defender, 22, had been the subject of much speculation this summer with Chelsea willing to sign him, Bayern Munich won the race for his signature.

The Holland international has signed a long-term contract with the German champions until 2027. 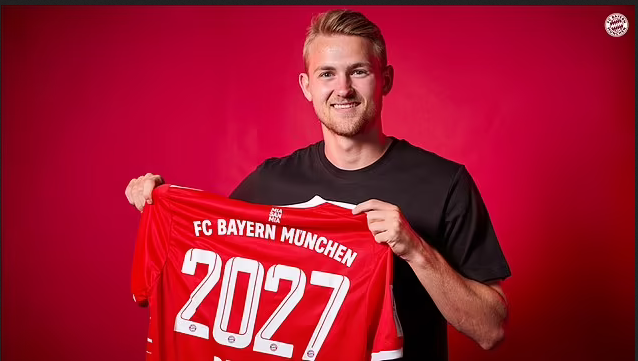 ‘I felt the genuine appreciation from the sporting management, the coach, and the board right from the start, which convinced me,’ he added.

On top of that, FC Bayern is a brilliantly run club with big aims. I’m very glad that I’m now becoming part of the FC Bayern story,’ he went on to say.

Meanwhile, club president, Herbert Hainer said that De Ligt was a ‘big target’ for the club and with his signing the club’s aims are achievable.

‘Matthijs de Ligt was a top target for us. With signings like this, the big aims that we have are achievable,’ he said. ‘The future face of our team is increasingly taking shape, and this transfer is an important building block in the overall concept that we’re gradually putting into place. De Ligt should become a mainstay at FC Bayern.’ 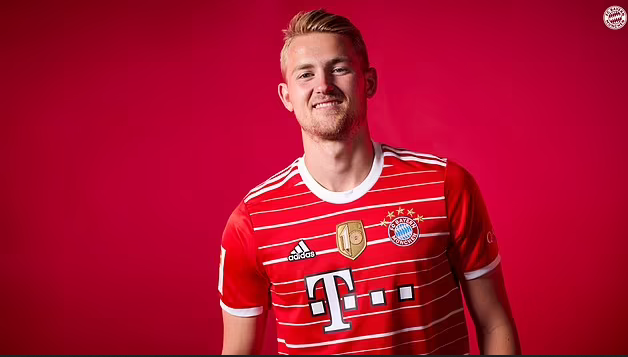 Sporting director Hasan Salihamidzic echoed Hainer’s sentiments and said that the club had wanted to bring him in three years ago when his stunning performances for Ajax in the Champions League alerted a host of top European clubs to his talent.

‘I’m very happy that Matthijs de Ligt will be playing for FC Bayern in the future. We wanted to bring Matthijs to Munich three years ago; we were already convinced by his qualities as a defender back then, and today we’re even more so,’ Salihamidzic said.

De Ligt leaves Juventus after three years at the Italian side, where he made 117 appearances and won both Serie A and the Coppa Italia.

The centre-back had two years remaining on his Juve contract having joined from Ajax in the summer of 2019 in a deal worth £67.8m, that made him the most expensive defender in Italian top-flight history.