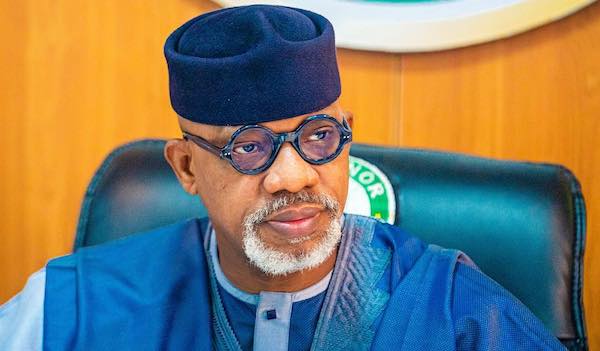 The All Progressive Congress (APC) was brutally lashed at the Osun State governorship election last Saturday, as Governor Gboyega Oyetola lost his reelection bid to the dancing Senator Ademola Adeleke of the People’s Democratic Party.

After persistently wailing for the past four years that his mandate was stolen in 2018, Adeleke had a joyful dance when the Independent National Election Commission (INEC) declared him the winner of the 2022 Osun State governorship election. Even though he intensified his campaign and went all out to reclaim his alleged stolen mandate, Senator Adeleke also had the goodwill of the majority of the people, something Oyetola never had even when he contested and won the first time.

Where did Oyetola go wrong?

Governor Oyetola’s performance is subject to debate but many residents of the state acknowledged that he performed slightly better than his predecessor, now Minister of Interior, Rauf Aregbesola. At least, Oyetola was not owing salaries, yet he lost in the polling unit in the Government House. Apparently, he was imposed on the people in 2018, and regardless of his performance, regardless of the number of roads and bridges he built, and whether he paid salaries or pensions, the people were done tolerating his face in the seat of power in their Government House. Last Saturday, they thundered their wish as they trooped out to vote him out. The turnout was unprecedented.

Aregbesola had said in a vituperative outburst that Oyetola was imposed on him and the state by a leader “playing god”, presumed to be the former governor of Lagos State, Bola Tinubu. They grudgingly accepted the godfather’s choice in 2018, but according to Aregbesola, the governor got overfed, became selfish, and bit the hands that fed him. Aregbesola lamented that he and his loyalists made sacrifices for the governor, against their wish, but what they got in return were neglect and insults. They vowed to repel such affliction a second time.

Many have argued that the disagreement between the duo may have contributed to Saturday’s defeat for the ruling party. Loyalists of Aregbesola were seen in pictures with members of the PDP, and until election day, all reconciliation attempts failed. While speaking on Channels TV on Monday night, the governor-elect confirmed that he got support from Aregbesola’s loyalists, including Kolapo Alimi who was a former commissioner in the state under APC.

After the election results were announced, many Nigerians took to social media to mock the APC. Interestingly, they singled out Dapo Abiodun, among all APC governors, as the next wife to be divorced. They predicted that the governor, who seems to have embraced his latest nickname as the ‘Eleyi of Ogun state’, would lose his re-election bid in 2023.

Meanwhile, a close study of political events in the gateway state shows that this prediction may just come true.

Abiodun was also imposed on the people

Until the political stage was set ahead of the 2019 general election, Dapo Abiodun was not a name that could independently win a governorship election in Ogun State. He contested the Ogun East senatorial election in 2015 under the APC but lost to late Senator Buruji Kashamu. Abiodun claimed that after losing the election, he had an unwritten agreement with former Governor Ibikunle Amosun that he would get a ministerial slot as compensation but he was left in the cold while his party shared the gains of its victory in 2015. “…after that, Amosun told me not to worry that I will be the minister from Ogun State. It later became clear that he simply made that comment just to send me away,” Abiodun recalled in a media chat in 2018

Forward to the 2019 political scene, the former governor of Edo State, Adams Oshiomole, who was then the APC National Chairman, was on a crusade to reform the party, the kind of reform that challenged the overreaching powers of state governors. Oshiomole became a nightmare to the APC governors when he introduced the direct mode of primary election. Former governor Akinwunmi Ambode was disgraced out of the Lagos gubernatorial race, while governors like Amosun were so powerless they could not successfully anoint candidates in their states. Little wonder the governors joined forces together to execute a political coup against the former Edo governor.

Abiodun approached powerful leaders of the party including Bola Ahmed Tinubu, Vice President Yemi Osinbajo, who is also from Ogun East, and Oshiomole. With the approval of Chief Olusegun Osoba, Abiodun was anointed governorship candidate against Abdulkabir Akinlade who was preferred by Amosun.

While Aregbesola’s preferred candidate took the humble pie and supported Oyetola, the choice of their godfather, in 2018, Akinlade, Amosun’s anointed candidate moved to a new party and slogged it out with Abiodun. It was a tightly contested race even with the political artillery of the ruling party deployed for Abiodun. Akinlade has now joined the PDP and will be on the ballot in 2023 as a deputy governorship candidate. Like it played out in Osun, Amosun is not likely to support Abiodun’s re-election, and his loyalists, who are still aggrieved, would support the governorship candidate of the PDP, Oladipupo Adebutu. This would be a nightmare for Abiodun, and portends defeat for the incumbent in Ogun.

The Yewa people of Ogun West Senatorial District have never produced a governor in Ogun state. Every election year, they cry of marginalization with the now popular slogan of “Emi lokan”. This slogan was not alien to them, even before the APC Presidential candidate, Bola Tinubu took it to the national stage of political discourse. It used to be “Yewa lokan” – “it is time for the Yewa people to govern”, but they never got a chance in the 44 years of the state’s existence. They came close in 2019 when Amosun anointed their son, but the powers that be in APC – Tinubu, Osoba, Oshiomhole, and Osinbajo – insisted that it was not Yewa’s turn.

Although they still will not get a chance in 2023, their son, Akinlade is now running mate to Adebutu of the PDP, who is also from Ogun East as Governor Abiodun.

With the two major parties fielding candidates from the same senatorial district, the votes in Ogun East will be largely divided, even though Abiodun may have an upper hand. However, the people of Ogun West are likely to support the PDP candidate; while Amosun may silently frustrate things for the incumbent governor in his Ogun Central district, just like Aregbesola was suspected to have done in Osun. Although in Ogun West, Abiodun will be relying on politicians like Olamilekan Adeoti (Yayi), the Lagos West Senator who will be contesting the Ogun West senatorial election. Although Adeoti enjoys popularity in the district many do not see him as a true son of the soil.

It is too early to predict doom for Governor Abiodun but his political future looks gloomy.