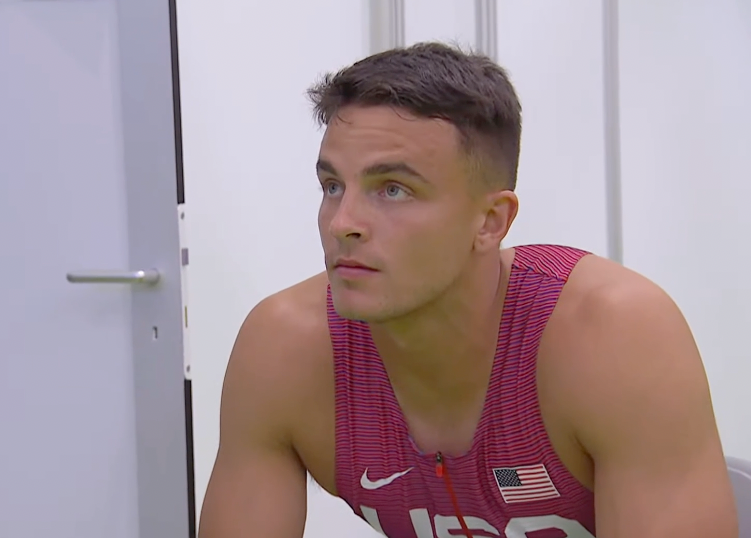 The 2022 World Athletics Championships are certainly living up to the hype, with nail-biting races keeping spectators on the edge of their seats. Records are under threat as athletes are putting their all into claiming the crown.

But the event hasn’t been without its hiccups. The visa issues that restricted athletes from reaching the venue in time was a rocky start for the championships. Now, a false start dispute has kept the fastest 110m hurdles runner from competing.

Devon Allen disqualified from the race because of a false start

In Oregon, the Philadelphia Eagles wide receiver and fastest man in the 110m hurdles, Devon Allen, reacted 0.001 seconds faster than the 0.1-second threshold. But that negligible margin was enough for the computer to mark it as a false start and disqualify him from the race.

After taking the semifinal in 13.09 seconds and posting the third-fastest 110m hurdle time last month (12.84), the 3-time national champion was a lock for the podium. Instead, his appeals to officials bore no fruit, and he had to watch his compatriots Grant Holloway and Trey Cunningham make a 1-2 finish.

Allen spoke to the reporters after the race, reiterating that he hadn’t reacted before he heard the gun. He was just fast. “When I was flagged, I was very surprised. That was also part of the frustration because I know for a fact I didn’t react until I heard the gun,” he explained. “To be 1/1000th too quick – I know I’m quick but that kind of sucks.”

Not only did this misstep deny the US a podium sweep, but, it also cost Devon Allen a lifetime opportunity. Fans maintain that, at this point, the rules are punishing gifted athletes rather than protecting the integrity of the sport.

Not only did this misstep deny the US a podium sweep, but it also cost Devon Allen a lifetime opportunity. Fans maintain that, at this point, the rules are punishing gifted athletes rather than protecting the integrity of the sport.

So enraged fans flocked to Twitter to express their discontent with the outcome, calling out the IAAF for Allen’s unfair disqualification.

Even NFL Star Robert Griffin III or RGIII chipped in to say:

Training the whole year to shorten your time on the track from 13 seconds to 12 and then be denied the chance to prove your worth on the world stage is probably unfair to the athletes. And Devon Allen’s faster reaction getting him disqualified perhaps can be taken as an example of why the rules of the game need to evolve to allow the athletes to grow