Home Entertainment Make we no see you for Lekki – Man threatens Portable for... 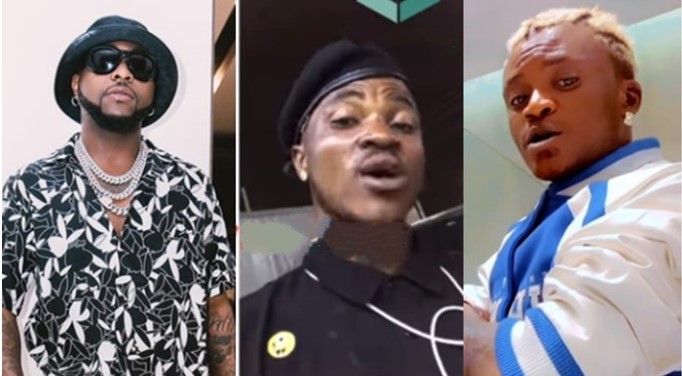 A man has issued a stern to controversial singer, Habeeb ‘Portable’ Okikiola not to visit Lekki in Lagos state, for his own good.

The warning follows the artiste’s online attacks against superstar singer, Davido as a result the fact that they are supporting two opposing political parties.

Recall that the Zazuu star had shared some videos where he dissed OBO and even gave a breakdown of how he spent the $3000 the DMW boss gifted him months ago.

A man who was disappointed with Portable over the way he handled the matter with Davido lashed out at him and said that they do not want to see him in Lekki else he will regret his actions.

Nigerians on social media expressed worry after seeing the clip

southsideg1; I tell am him no hear.