Ali Dursun, the agent to Barcelona midfielder, Frenkie de Jong has told Manchester United’s hierarchy to stop trying to convince the player to move to England, even though they have agreed a fee with Barcelona, according to Sport. 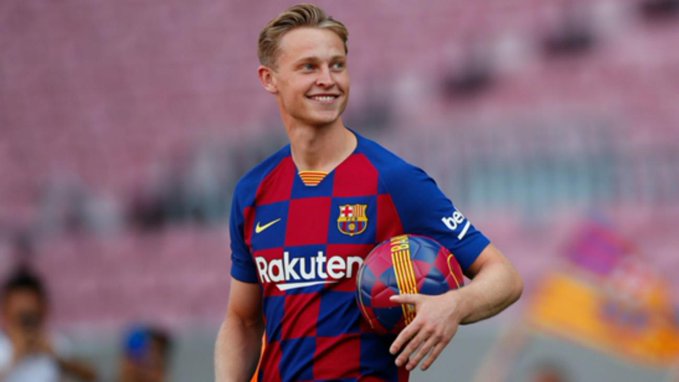 United CEO, Richard Arnold and football director, John Murtough have been in Spain this week to meet with their Barca counterparts.

They finally agreed a deal worth around €85million with the LaLiga club, with around £63m set to be paid up front and a further £10m heading to Barca in various add-ons.

However, the deal has remained uncertain due to De Jong’s reluctance to join United.

It is understood Dursun has told Arnold and Murtough to give up on trying to convince his client to join.

De Jong – and especially his girlfriend – are not interested in swapping Barcelona for Manchester, with the 25-year-old unwilling to uproot his family or play in the Europa League.