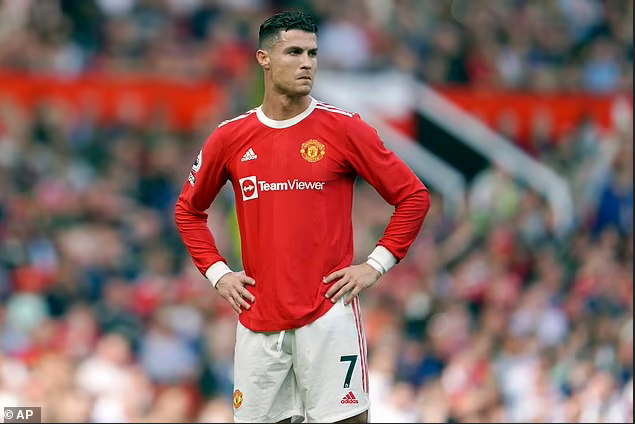 Superstar footballer, Cristiano Ronaldo has reportedly been offered a £250million megadeal to finish his career in Saudi Arabia amid uncertainty over Manchester United future.

An unnamed Middle East club is said to have apparently offered the 37-year-old an eye-watering amount of cash to join them.

CNN Portugal say the club would not only pay United a transfer fee of around £25m to sign Ronaldo but they would offer him a salary in the region of £105m-per-season over two years.

United paid Juventus an initial £12.85m to bring Ronaldo back to Old Trafford last summer, with the player signing a two-year contract with the option of a third.

Ronaldo is not currently with the rest of the United squad on their pre-season tour of the Far East and Australia on compassionate grounds.

‘We made a statement and nothing has changed,’ said Ten Hag ahead of Friday’s friendly match against A-League outfit Melbourne Victory at the MCG.

Ten Hag said in Bangkok: ‘We are planning for Cristiano Ronaldo for the season and that’s it. I’m looking forward to working with him. Cristiano is not for sale. He is in our plans and we want success together.’

The Dutch coach added: ‘He’s not with us and it’s due to personal issues.

‘I spoke with him before this issue came up. I had a conversation with him and I had a good talk. That is between Cristiano and me.

‘What I can confirm is we had a really good conversation together. I didn’t speak to him after (the news).’