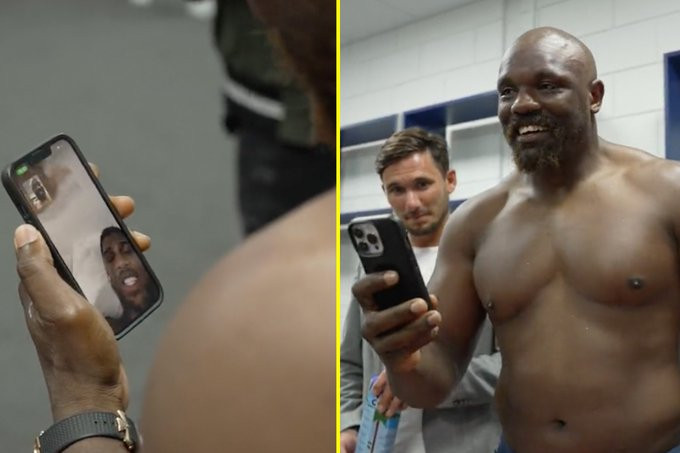 The two-time heavyweight champion defeated Pulev with a ninth round knockout when they faced off two years ago.

Over the weekend, Derek Chisora claimed a split decision victory over Bulgarian Pulev at The O2 Arena to break his unenviable streak of three straight defeats.

Chisora was heard asking Joshua, “I’m like ‘what the hell did you hit him with?’”

The two boxers then discussed Joshua’s upcoming rematch with Oleksandr Usyk as he tries to become a three-time heavyweight champion with Chisora saying, “Bro, I’m coming to Saudi with you.”

Joshua added, “I was going to message you. I want you to come, I need you to come.”

Usyk vs. Joshua will take place on August 20 in Jeddah, Saudi Arabia.