Home SPORTS Thomas Partey’s girlfriend accuses him of rἆpe after he refused to marry... 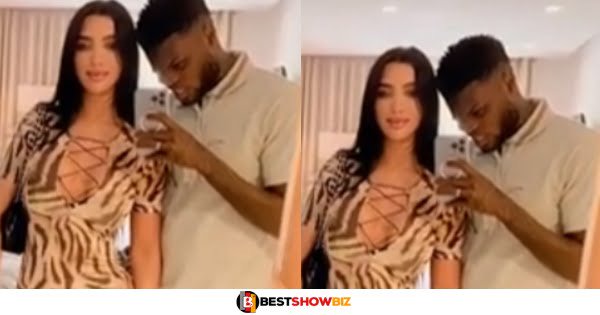 Following news that a 29-year-old Premier League footballer had been detained in North London on suspicion of £, Thomas Partey, an Arsenal star and Ghanaian international, has been trending on Twitter for the past few days.

According to information obtained by bestshowbiz.com, the player’s Moroccan ex-girlfriend Sara Bella was the one who made the accusations after he declined to marry her when they were traveling to Spain.

You may remember that in May 2022, Sara Bella, who goes by the online handle Sarabella, used TikTok to publish some affectionate videos of herself and Partey.

She used the hashtags “Love” and “Amor” in one of the videos, with C Kay’s “love Nwantiti” playing in the background.

After meeting Sara Bella, the midfielder just converted from Christianity to Islam, changing even his name in the process.

Thomas Partey’s family, it is said, has acknowledged that the allegations against him are baseless and that his partner Sarah Bella is to blame for everything because he refused to wed her after their vacation to Spain.

See the image below: