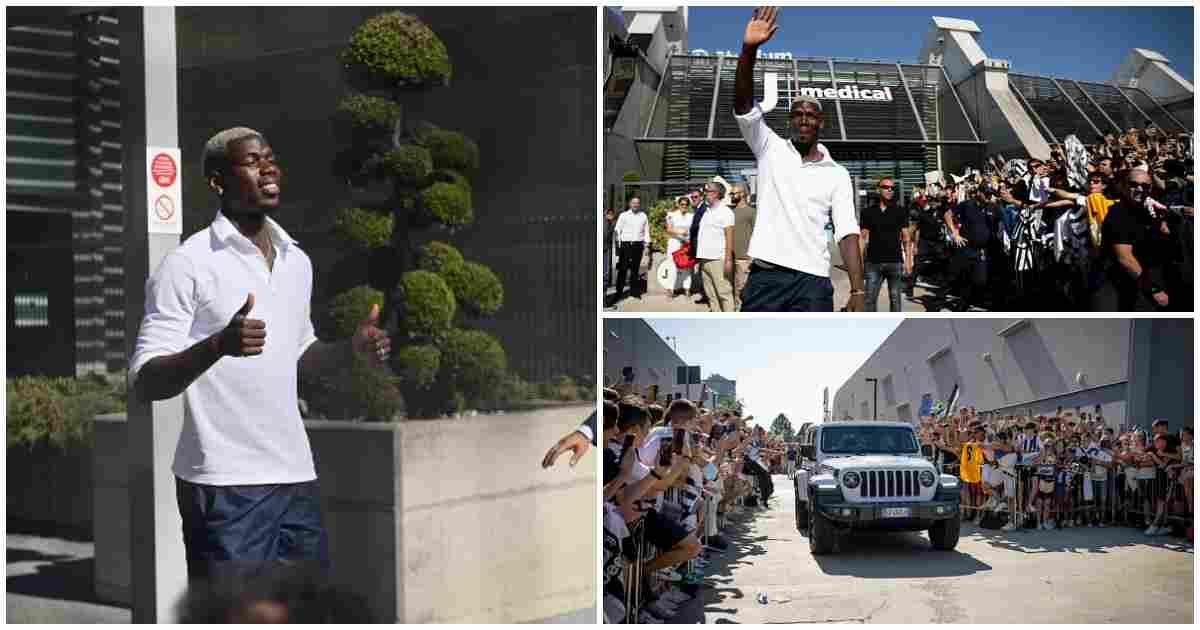 Paul Pogba received the perfect welcome from Juventus fans when he returned to the Italian club for his medical ahead of a summer move.

The French midfielder began his miserable six-year spell with Manchester United at the end of June after it was confirmed he would not get a contract renewal with the Red Devils.

Pogba, who left Old Trafford in 2012 for Juventus, joined the Premier League giants in 2016 under then manager Jose Mourinho.

However, the France international struggled to live up to his billing and often found himself struggling with United’s fanbase.

TalkSPORT are now reporting that the World Cup-winning star is set to seal a return to Juventus as he looks to put his misery at United behind him.

The publication adds that Pogba received a dignified welcome from Juventus fans when he returned for his medical earlier on Friday, July 9, to seal a summer meeting.

A video capturing the moment shows the former Man United star being greeted with chants and cheers as he arrives on a private jet.

The Frenchman took time to share a lighthearted moment with the cheering fans as he greeted and hugged them.

“It’s amazing to see you again,” he told fans, smiling and taking selfies with them.