Barcelona midfielder Frenkie de Jong has ‘totally ruled out’ a summer transfer to Manchester United with a list of ten reasons not to join the club, according to reports in Spain. 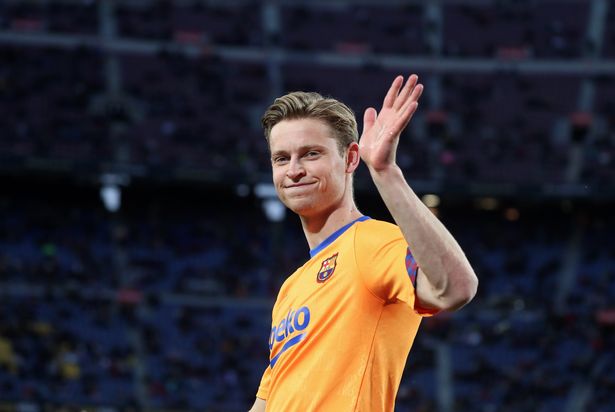 United have an initial transfer fee agreed with Barcelona with the value of £56.2million to sign the midfielder this summer. Reports had claimed the player has already cleared out his locker at Barca with a move to Old Trafford appearing to be edging closer. New United boss Erik ten Hag coached the midfielder at Ajax and held a phone call to convince the player that he should join his project at Old Trafford.

De Jong was informed that he would be the ‘conductor of the orchestra’ and would be an undisputed starter under Ten Hag – a similar role to the one he enjoyed so much in Amsterdam. Yet the deal has become protracted and dragged out over several months, with the player now ruling out the move, following his ex boss Ronald Koeman claiming that De Jong had no intention of leaving Barca.

That is according to a report in Diario Sport, who outline how the Dutchman has no interest whatsoever in joining United and is preparing to return to Barcelona training for pre-season. De Jong is said to be perplexed by the noise around the possible move as he had no intention of committing to the deal.

The ten reasons for the Dutchman’s decision start with the fact he has just acquired a house in the Pedralbes region of Barcelona and his future wife, Mikky Kiemeney, is very happy in the Catalan capital. They have settled entirely in the city since their move to Barcelona in 2019 and do not plan to move.

De Jong’s dream as a child was always to play for Barcelona and not for any English club, including United. Added to that, United are not even competing in the Champions League this season – so the player views a move to the club as a backwards step and which would represent a loss of prestige.

The player also believes that United are a ‘jinxed’ club since Sir Alex Ferguson, who have burned through untold amounts of money to not be a serious challenger at the top end of football. United have not won a trophy in five years and have not even been involved in a Premier League title race since their last victory in 2013.

Other reasons include the fact that De Jong does not want to live and experience the bad weather of Manchester, and that he is more convinced than ever of his role and position at Barca under boss Xavi Hernandez – with whom he has an excellent relationship professionally.

It is also highlighted how the Dutchman is extremely well-paid at Barcelona and he would benefit economically from staying at the Camp Nou this season. This year, he will receive a fixed payment of €18million plus a loyalty bonus of €2.88m, with that loyalty bonus rising to €9.7million for the 2023/24 campaign.

Furthermore, he has not received any information from Barcelona that there is any plan for him to leave the club while United have not made any contact for him – with no negotiations between the player and either club regarding a transfer.