Home SPORTS NUR 3-5 ARS: What Gabriel Jesus said after coming from bench to...

Brazilian international and forward maestro, Gabriel Jesus kick-started his career for the Gunners with a strong footing as he was able to pick up his impressive goal scoring form from where he left off at the Etihad Stadium.

The former Manchester City striker made his first appearance for the North London club since he completed his €45m move to the Emirates Stadium in this summer transfer window, and he was able to prove himself just 90 seconds after he was introduced into the pitch of play. 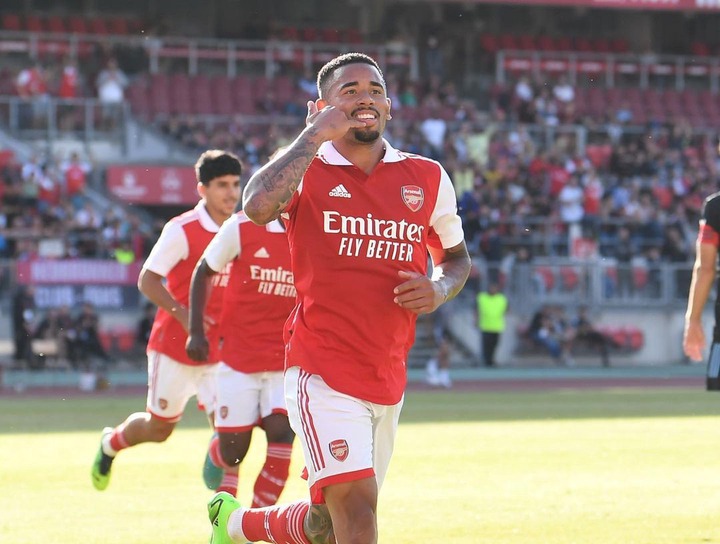 Arsenal played their second pre-season games against German Bundesliga 2 side, Nurnberg away from home at the Max-Morlock-Stadion and they were able to run riot with another five goals scored despite conceding a double lead going into the half time break.

Arsenal with the stunning comeback victory have been able to make it two wins in two games played with their first game ending five goals to one scoreline against Ipswich Town and as such put them on the right track going into the new campaign. 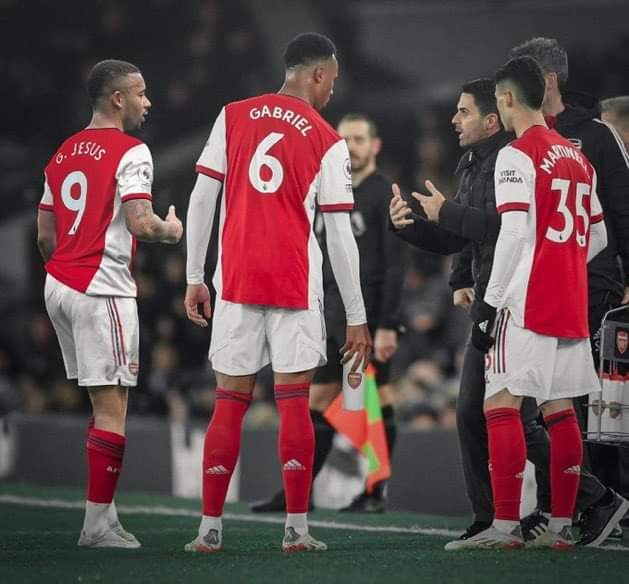 Gabriel Jesus was a second half substitute as he started the game from the bench with him coming on when his side was two goals down and he was able to play his part and also contributed his quota to change the fortune of the game around, as he got on the score sheet just two minutes into the second half.

Johannes Geis and Kwadwo Duah gave the host a double lead at half time before Gabriel Jesus and Mohamed Elneny got the visitor levelled in the early minute of the second half to make it two all draw.

The Mikel Arteta’s side were able to take a double lead courtesy of two own-goals scored by Christopher Schindler and Tim Handwerker, as they put the ball into their own net to make it four goals to two before Lukas Schleimer put one more back for the host to get deficit reduce to 4-3. Gabriel Jesus in the 75th minute then completed his brace of the night as he got his double to make it five goals to three which was the final scoreline at full time.

After the game, Gabriel Jesus expressed his excitement for his immediate impact and great influx of influence after coming on into the game which helped his team to the crucial comeback victory.

“I am very happy to be here, I believe a lot in the project at this club… Everyone is together like a team, and we did it”. 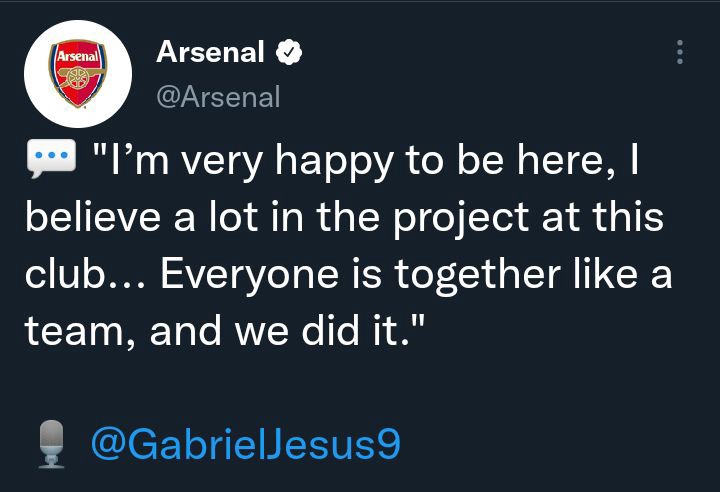 He will now be looking forward to continuing his brilliant goal scoring form for his team in their next game as they get more prepared ahead of the new campaign.