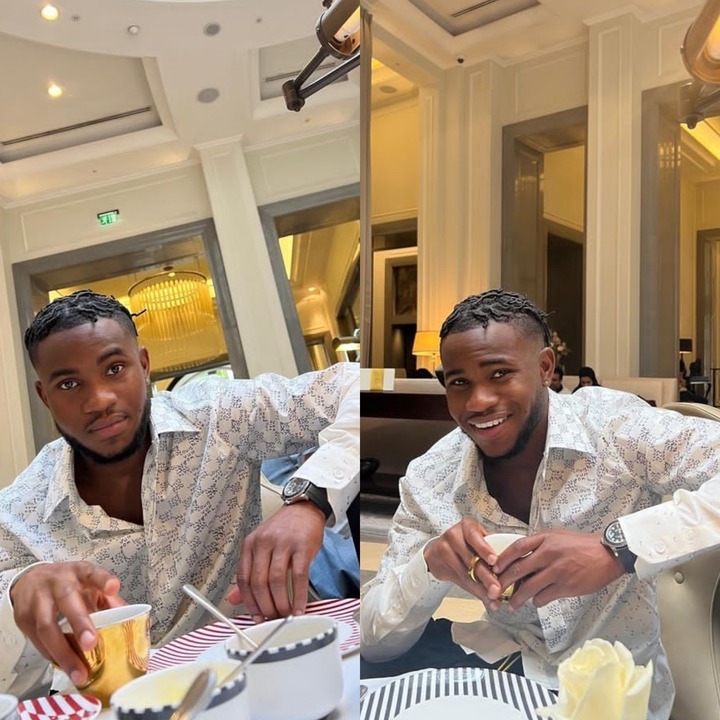 Super Eagles star Ademola Lookman is enjoying his holiday in the United Kingdom ahead of the new season. The Leicester City winger shared two photos of himself having a cup of coffee in a restaurant in the UK. 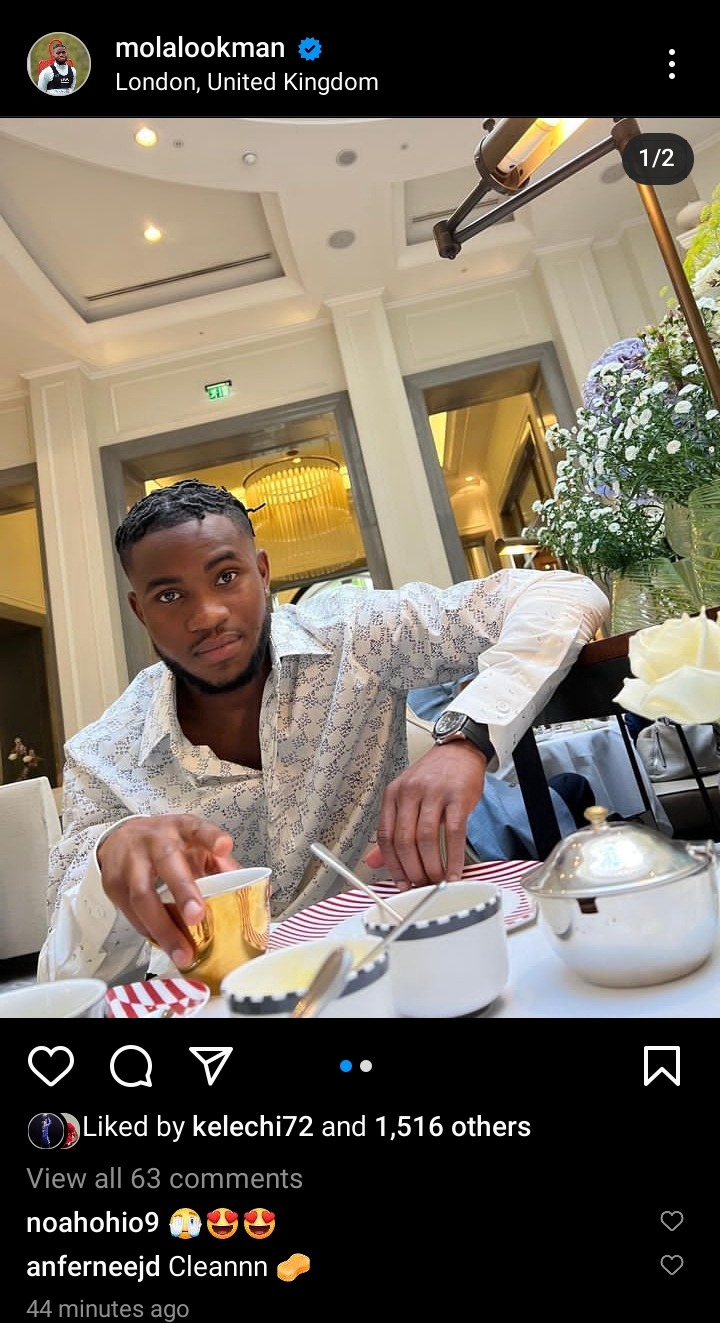 In the recent pictures he posted on his official Instagram account, the Nigerian international wore a white shirt, and he was all smiles as he posed for a picture while having a cup of coffee. His post stired a lot of reactions on social media. Football stars like Kelechi Iheanacho, Ola Aina and Tammy Abraham all reacted to his recent post. 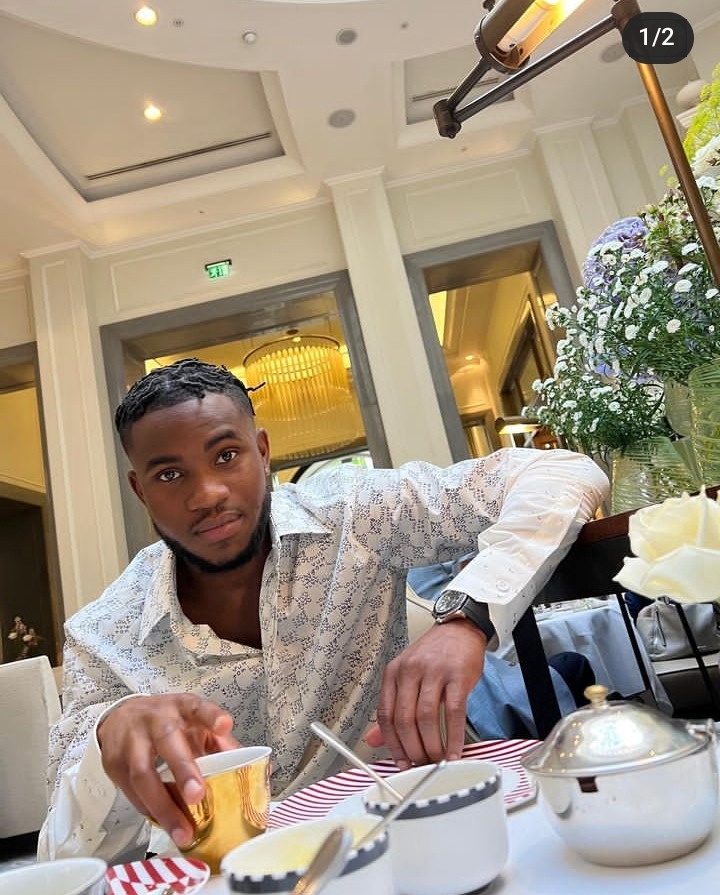 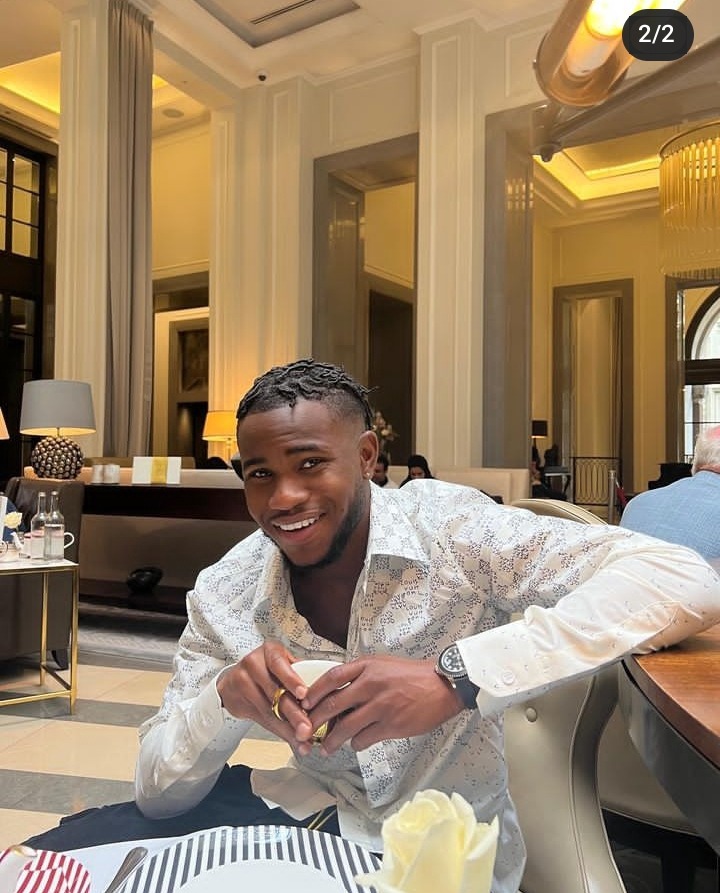 We can recall, that Ademola Lookman was previously spotted in Miami, Florida a week ago and now he has jetted to London, United Kingdom to enjoy the rest of his holiday ahead of the pre-season with Leicester City which is around the corner. 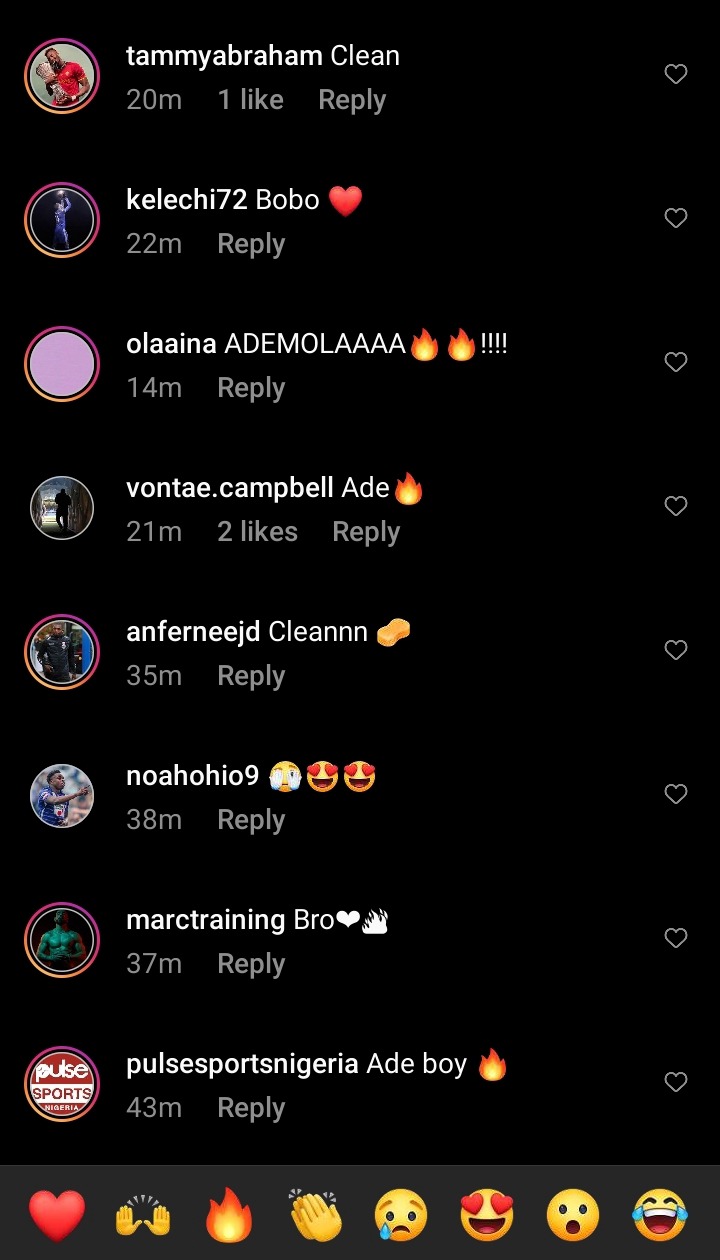 Ademola Lookman played a played a key role for Leicester City last season. He registered eight goals and five assists in 40 appearances for the Foxes in all competitions last season. He made his senior debut for the Super Eagles in 25th March, 2022 after switching England nationality to represent Nigeria. Since then he has made four caps and has registered a goal.