Home GOSSIP I cheated on my boyfriend of two years with his friend not... 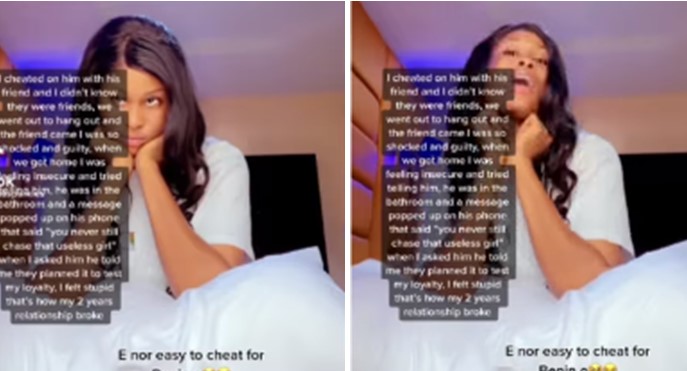 A Nigerian lady has revealed how her two-year relationship ended after she cheated on her boyfriend with his friend.

She said that she went to hangout with her man’s friend only for her boyfriend to show up to the location of their date.

According to the young woman who shared her story in a video posted online, she felt guilty and did not know what to do until they went back home.

However, while at home, her man went into the bathroom and a message from his friend whom she went out with, popped up on his phone.

His friend was asking the guy if he has already chased her away, shocked by the message, she questioned her boyfriend and he revealed that it was all a test. That was how they broke up.