Emmanuel Adebayor reunited with former Nigerian international Kanu Nwankwo as the ex-Arsenal stars were spotted chilling together during a trip. 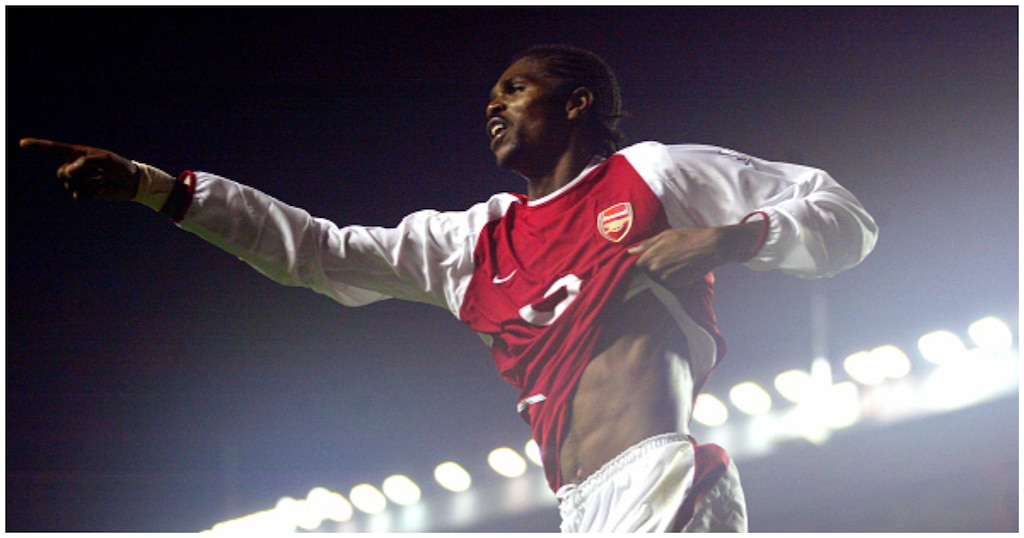 Kanu who seems to be promoting his business appeared to have invited ‘his brother’ to join in its awareness and had to share the clip of himself and Adebayor on Instagram.

He captioned the post: “Kan U believe it? Glad to see my brother Emmanuel Adebayor. Good energy over here. KK to the world we got you covered in any sports wears.” Kanu won the Africa Footballer of the Year Award twice, claiming the prestigious award in 1996 and 1999, while Adebayor bagged the prestigious prize in 2008. Adebayor screamed: “Yoooo my Idol. King Kanu, King Kanu, King Kanu…. we’re vibing, we’re killin’.”