Abedi Pele’s masterful display against Nigeria at the 1992 Africa Cup of Nations remains one of the best individual display by a Ghanaian player. The three times African Player of the Year singlehandedly tore apart a very good Nigeria team as Ghana reached the final of the tournament 30 years ago. A footage of his performance has been spotted by Sports Brief after it was dropped on social media. 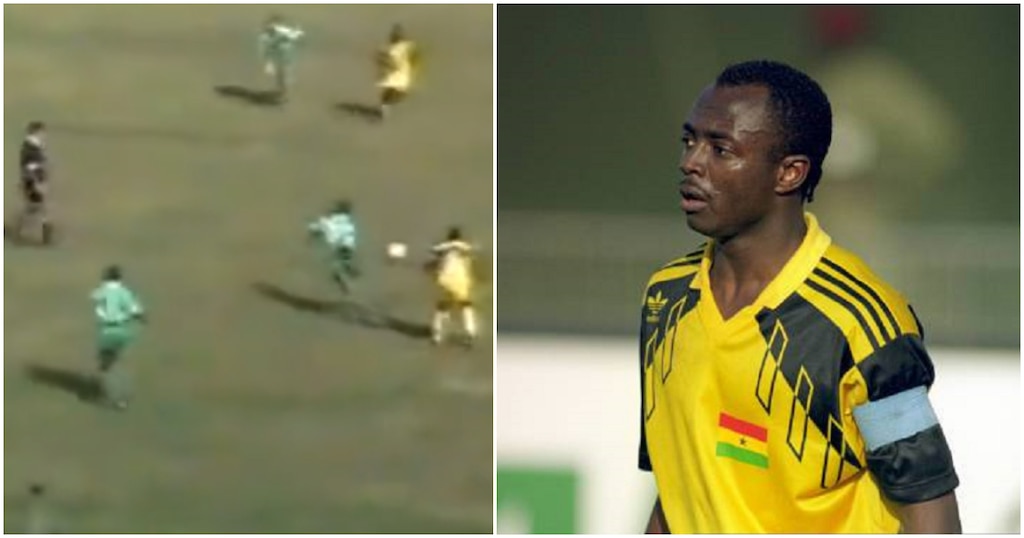 Abedi Pele was a delight to watch at the tournament and his best game was in the semi-finals against the Super Eagles.

See what he single handedly did to Nigeria at the 1992 AFCON in Senegal.#GhanaSoccerNet pic.twitter.com/luhDlE7Wxd

The then Olympique Marseille star was a menace for the Nigeria team, as they struggled to handle him due to his enormous dribbling skills and slippery nature. Abedi Pele scored in that game as the Black Stars reached the final of the 1992 Africa Cup of Nations.