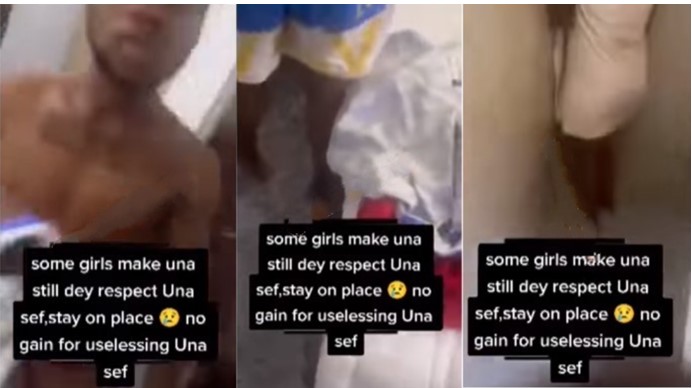 A man who got information that his girlfriend was cheating on him with his friend paid a visit to the guy to confirm for himself.

He stormed the hotel where he friend was lodged and knocked really hard until the door was opened. He recorded the moment he got into a confrontation.

The man saw his girlfriend’s clothes on the bed and kept calling out her name, Blessing, but his friend said that she was not in his apartment.

He searched the entire room and went to the bathroom where he found his girlfriend hiding in the bathroom.

The boyfriend then demanded that she follows him home, however, she was pleading with him.

TikTok star with 1.3 million followers left heartbroken after hosting a meet and greet event but no one showed up (video)

DR congo organizes burial ceremony for tooth of independence hero, Patrice Lumumba, more than 60 years after he was assassinated and dissolved in acid (photos/video)

Reactions as Senegal Women’s team were spotted in native and makeups ahead of their AWCON flight.